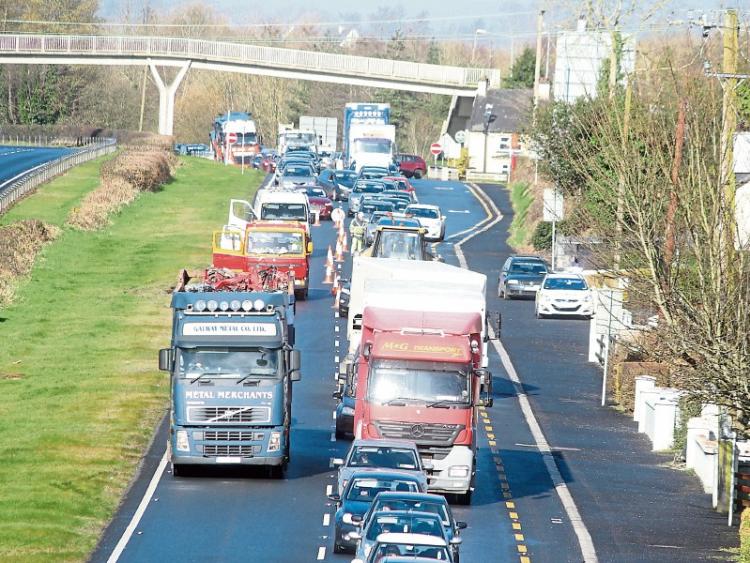 Some of the tailbacks on the N18 approaching Limerick Picture: Michael Cowhey

A NUMBER of people were hospitalised following two road collisions this Wednesday morning which paralysed rush-hour traffic on the northern approach to the city.

Amid chaotic scenes, hundreds of motorists had to endure lengthy tailbacks and long delays after two sections of the inbound lane of the N18 were closed while emergency services attended the scenes of the accidents.

The inbound lane of the Limerick– Shannon dual carriage-way was closed entirely for around 30 minutes while the hard shoulder and inside lane remained closed for a further two hours.

Several units of the fire service from Limerick and Clare attended the collisions as did gardai and ambulance personnel.

It is understood that three people were taken to University Hospital Limerick following the collisions, but that none of them sustained life-threatening injuries.