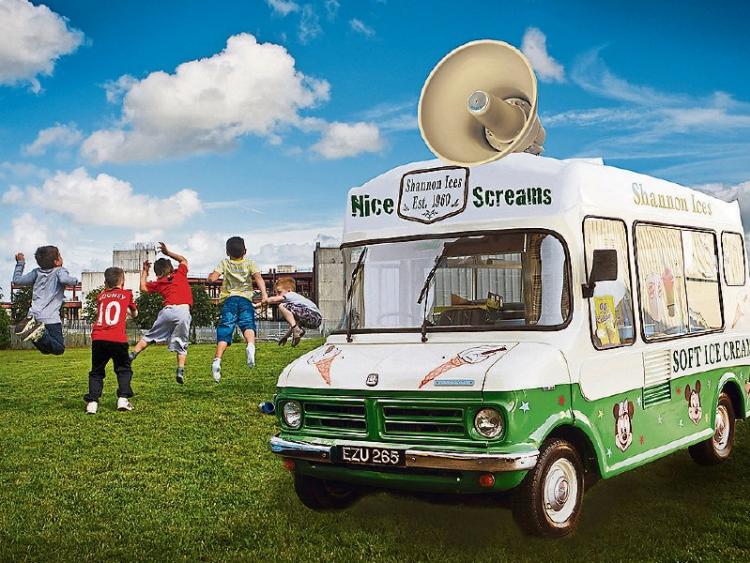 Deirdre Power and the Softday duo of Sean Taylor and Mikael Fernstrom, will premiere the work on April 24 in the People’s Park

Nice Screams, by Deirdre Power and the Softday duo of Sean Taylor and Mikael Fernstrom, invited submissions from the public to write a new anthem that ties in with the centenary of the 1916 Rising, “activating a call to action on the streets of Limerick on April 24,” say the trio of artists.

The “socially engaged, collaborative project” sought the public’s help in writing the anthems, and then in turn has re-imagined them as ice cream van jingles for Eva International, which opens in April.

After a “very positive public response”, two compositions have been shortlisted and been converted to ice cream chimes, which will be performed in various locations in Limerick, culminating in a large public performance on April 24 in the People’s Park, where free ice cream will be available for the public.

“We now call on all citizens to vote for their favoutive tune,” said Ms Power, who has seen her work appear in a number of iterations of Eva.

Fifty-seven artists have been selected for the biennial exhibition, curated by Koyo Kouoh, the 37th edition of Eva which is called Still (the) Barbarians, and opens on April 16 at the City Gallery, Cleeve’s Factory and a number of other city locations which are currently being confirmed.

A number of the selected artists for the prestigious exhibition boast strong links to Limerick including Ms Power and Softday, Carsten Höller from Belgium, who spent a number of childhood holidays in Limerick and Alice Maher, who studied at the University of Limerick.