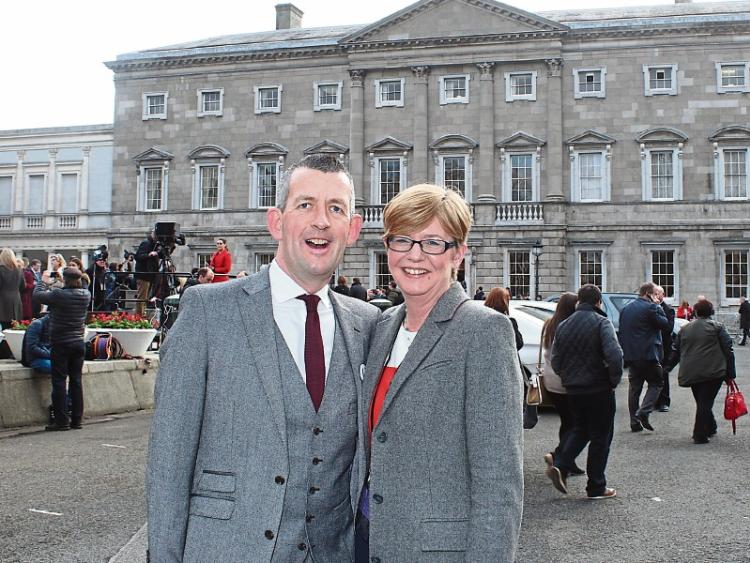 LIMERICK's seven elected TDs have arrived at Leinster House for the first sitting of the 32nd Dail.

Maurice Quinlivan, who took the second seat in Limerick City and became the first Sinn Fein TD in the city for 93 years, arrived at the gates of Leinster House with his proud mother Marie, wife Sue and sister Eimear.

He said: "I'm delighted to be here. I'm very proud to be elected as a Sinn Fein TD for Limerick. I'm grateful and humbled for the support I have had. Now it is up to me to try and deliver as best I can and stand up for the people who voted for me."

Confirming Sinn Fein would not be going into government, he said they would be holding the next administration to account.

"We have a whole raft of things we want to raise, including helping people in mortgage distress. Our first motion, which we would hope for the support of all parties from, will be the abolition of water charges," said Mr Quinlivan, one of 23 Sinn Fein TDs in Dail Eireann.

His mother Marie admitted: "I thought this day would never come"

"I am over the moon. I must be the proudest mother in Ireland right now. Whatever time Maurice is in the Dail, he will do his level best for Limerick, working night and day as he has done already as a councillor," she said.

Limerick County's newest TD Tom Neville was joined by his father, the long serving TD Dan Neville on the plinth. 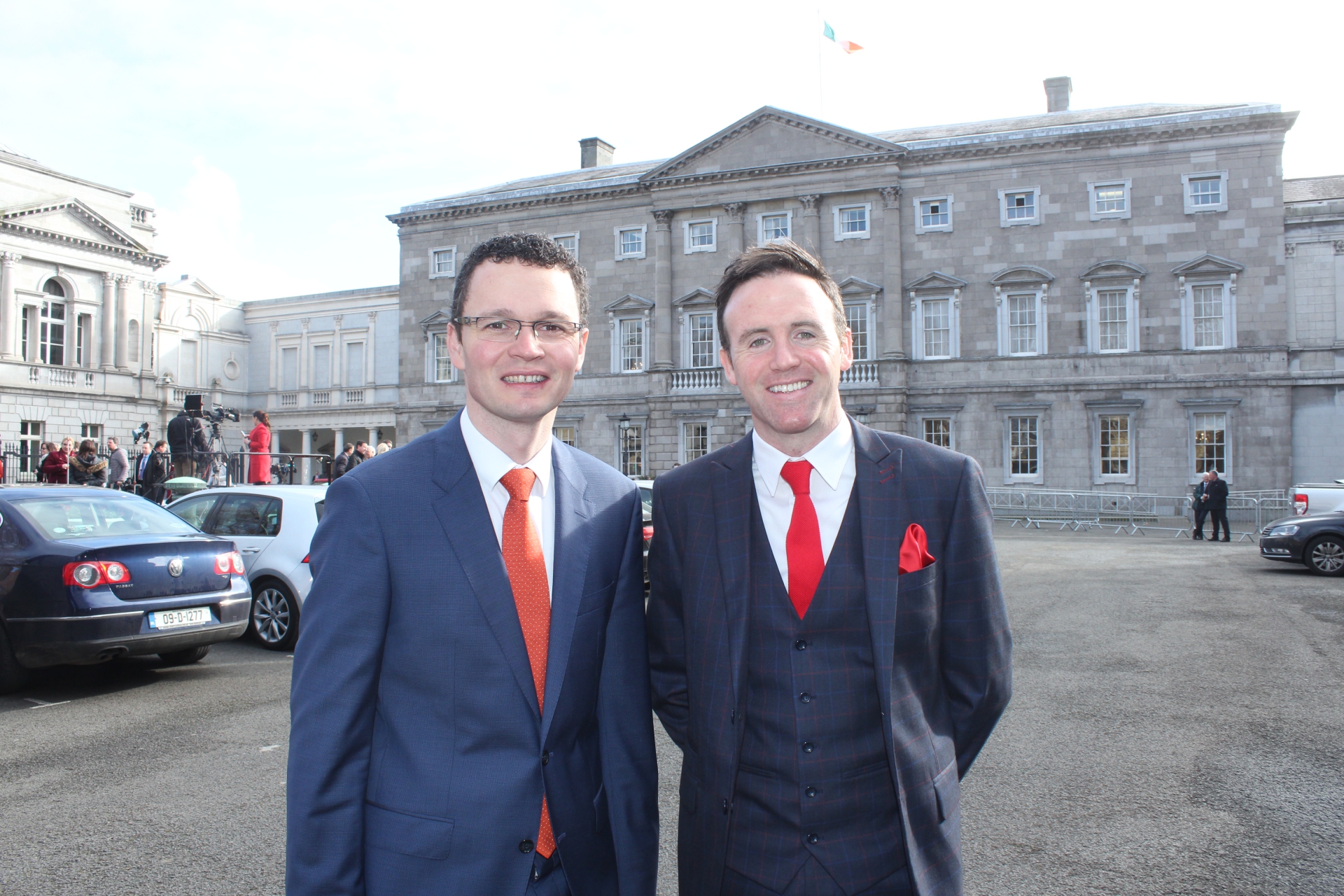 He said: "It's a very proud moment for me personally. I want to continue the service Dan has delivered for the last 26 years, and do the best I can for the people of Co Limerick."

He aims to carry on the work his father has done in both suicidology and mental health awareness.

Dan Neville said: "I am very pleased he has had the opportunity I have received from the people of Co Limerick to give the service that is necessary to ensure the communities, the individuals and their concerns are expressed through him in this house. I know he has experience being involved from a young age. The role is not new to him." 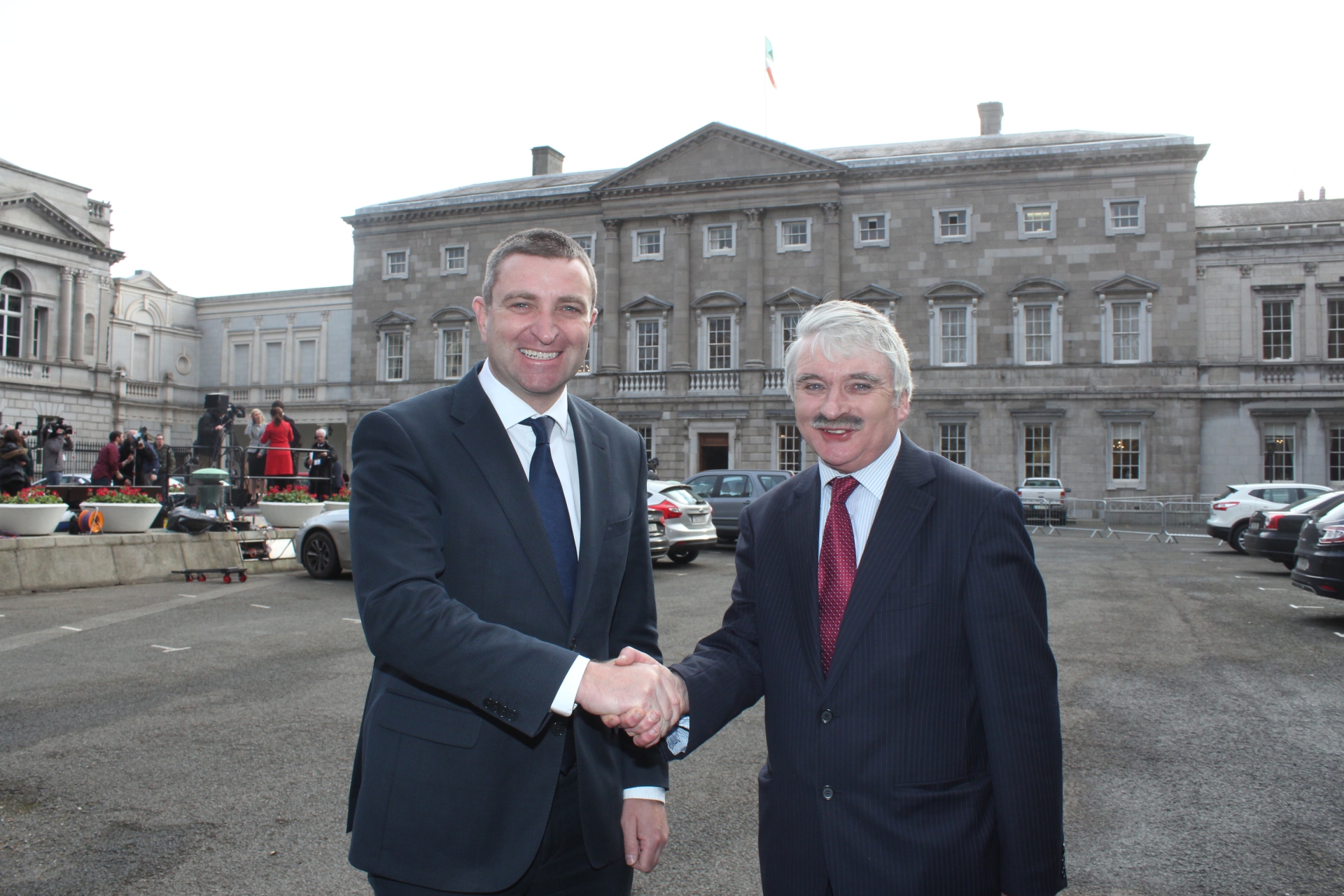 Sean O Fearghail has been elected as Ceann Comhairle, with the election of Taoiseach to follow later in the day - although this is not expected to produce a clear result. Oireachtas TV is carrying live coverage of today's events. 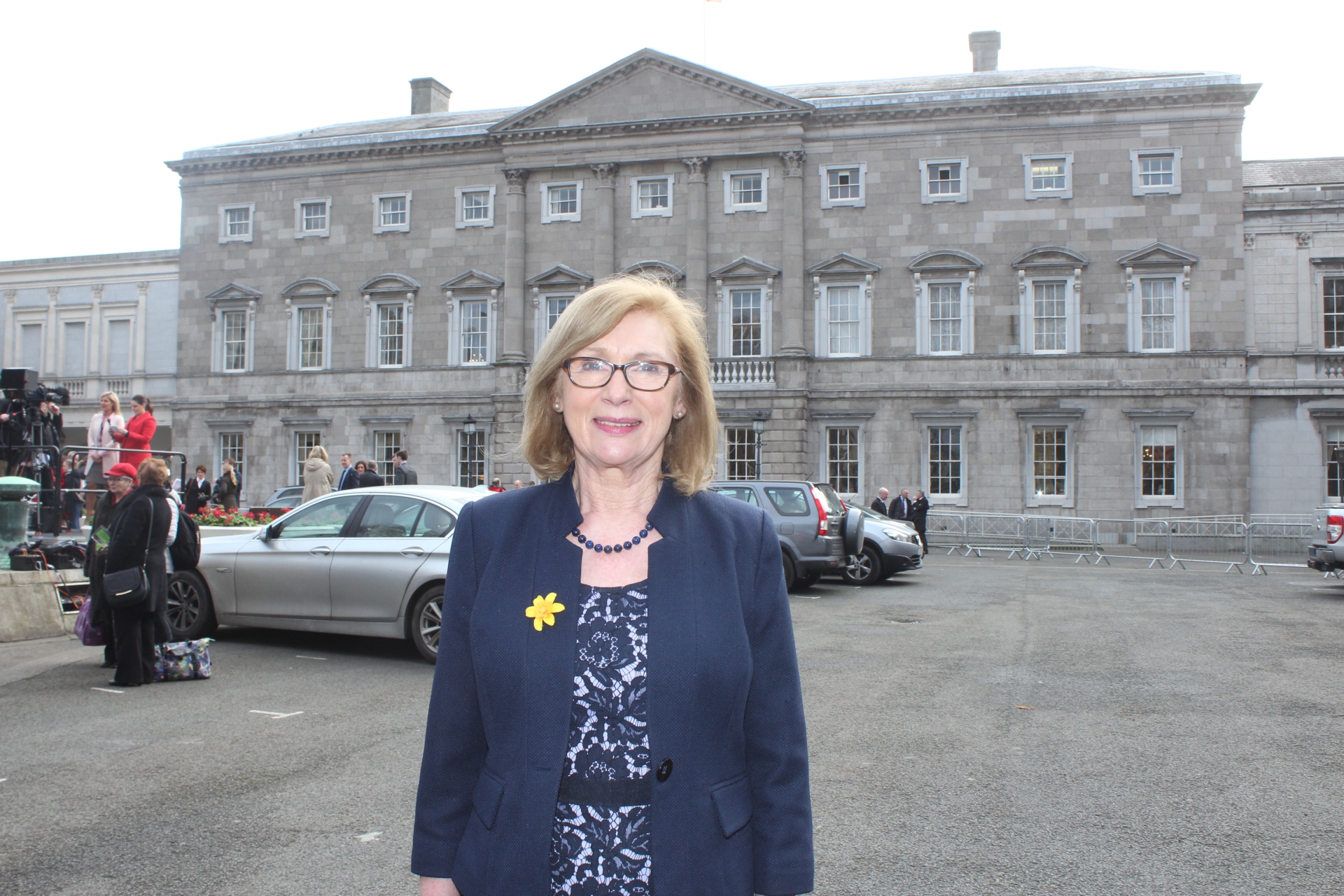 Meanwhile, it has been revealed that Fine Gael councillors Maria Byrne and John Sheahan are seeking election to Seanad Eireann, both on the agricultural panel.

This election is expected in the coming weeks.