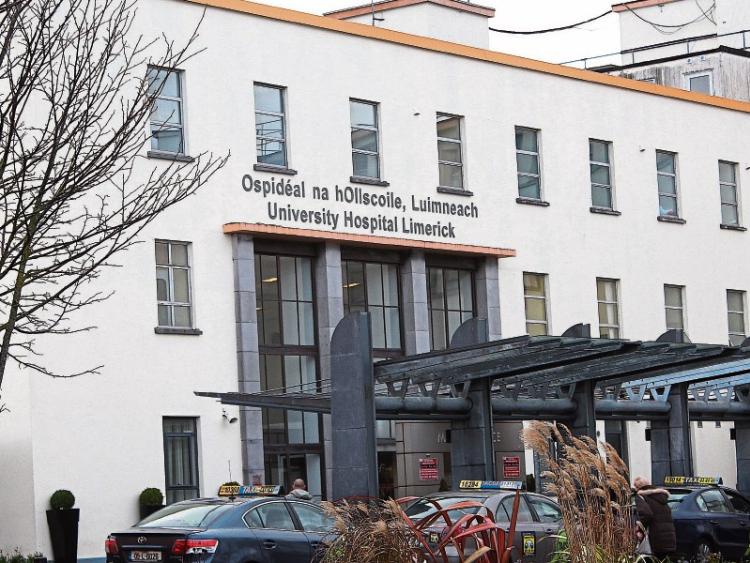 NURSES at University Hospital Limerick (UHL) are to be balloted on industrial action up to an eight-hour work stoppage in Dooradoyle.

Siptu, which represents around 300 staff at the hospital, has confirmed it will be consulting staff for action in protest at the high level of overcrowding at the facility.

This Wednesday, there were 24 patients on trolleys and 26 awaiting beds at the hospital.

Tony Kenny, Siptu’s sector organiser confirmed the action could span anything from a work-to-rule, to work stoppages of between two, four, six and eight hours at a time.

He said it is “very disappointing that overcrowding seems to be escalating on site”, and “overcrowding has spiralled out of control” since January last.

”The fact there were 26 patients awaiting beds in the Emergency Department and 24 patients on trolleys in corridors around the hospital is of serious concern to our members” he said, “Many of these patients are frail, elderly and very sick, and the way they are being treated in the health system is an affront to their dignity.”

Mr Kenny claimed that despite attempts by Siptu to engage with management at UHL, they have chosen not to meet with the union.

He said the union is calling on hospital management to engage with the union, and “work proactively with us to reduce and ultimately eliminate the ongoing issue of overcrowding that exists on site.”

A spokesperson for the UL Hospitals Group said: “UL Hospitals engages on a continuous basis with both Siptu and the INMO. We are always available to meet with Siptu in relation to staffing.

"UL Hospitals Group regrets that any patient is facing long waits for a bed during this busy period."

With regard to the numbers awaiting beds in UHL this Thursday, the spokesperson said:

“Staff have worked hard throughout the day to reduce the numbers of admitted patients in the emergency department waiting for a bed. This number has reduced from 23 at 8am to 9 at 5pm.”