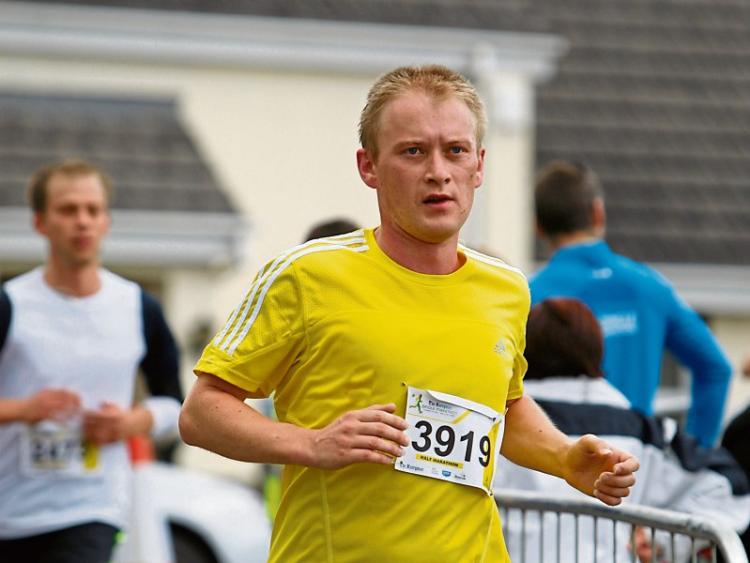 TWO SISTERS will be taking on the Barringtons Hospital Great Limerick Run this May in memory of their brother Mike, who passed away at just 34 from lung cancer.

For the third year, sisters Olivia and Ruth, along with their friends, will be taking part in the half marathon and 10k routes in memory of their brother and friend, Mike Kett, from Raheen, who sadly passed away on April 10, 2014, in Milford Hospice.

Mike was diagnosed with lung cancer at the young age of 34 and passed just eight weeks later. Before he became unwell he was a very fit and healthy man, said his sisters, and was always known for having a smile on his face.

Only two days after Mike’s passing, some of his closest friends set up a charity page in his memory to fundraise for Milford Hospice, who took great care of him in his final days.

Mike was a runner himself and had completed his first half marathon in Dingle 2013, and had also spoken about doing the Barringtons Hospital Great Limerick Run had he not been sick.

His family said that taking part in the run seemed like the right thing to do it in his memory, as he had passed away only three weeks before.

And so on May 4, 2014, a group of his close friends stepped out on what was a very emotional day in their ‘Every Mile for Mike’ Milford Hospice vests, kindly sponsored by The Hi-way Bar and Restaurant, to complete the 10k and Half Marathon. The group were completely overwhelmed by everyone's generosity raising over €10,300 between them.

Last year they did it all over again and with the kindness of Russell’s bar and The Still House, raised €3,600, which brought the total to almost €14,000.

“Milford Hospice, in our hearts, is a truly deserving charity,” said Olivia. “They couldn't have done more for Mike or us his family in his short time there. It is a beautiful, peaceful place with very friendly, compassionate staff. The work they do is honourable and we'll be glad to step out again this year on May 1 in our Every Mile for Mike vests and do our best to raise what we can again.”

Olivia also acted as a volunteer for the run in 2013 as she was pregnant and couldn't run.

Over 4,000 people are now registered to walk and run the races on Sunday, May 1, while over 700 kids are due to take part in the kids runs on the Saturday.

“The entries are phenomenal with still another eight weeks to go,” said race director John Cleary, adding that due to popular demand the relay marathon and the fittest company challenge will return this year.