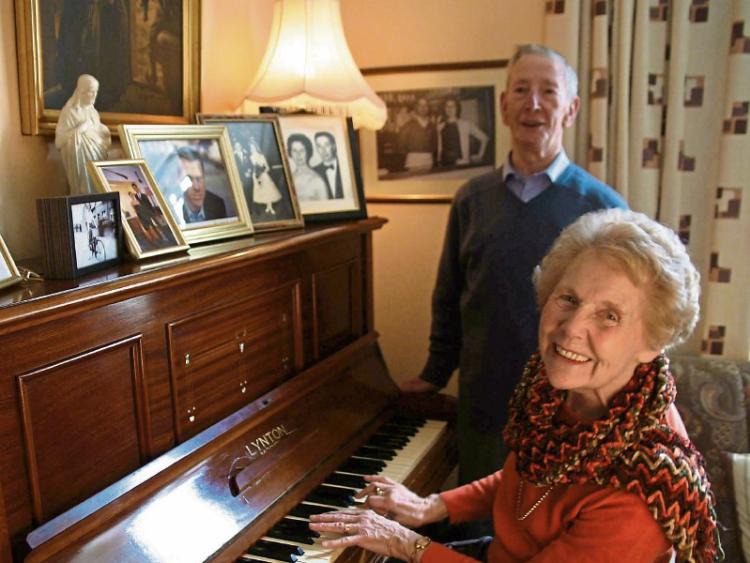 Florence and Eric Lynch, who passed away within a year of each other and were well known in Limerick

SYMPATHIES are being expressed with the family of one of Limerick’s true ladies, Florence Lynch, who passed away this Monday after a battle with Parkinson's disease.

Florence, 79, and her husband Eric, who passed away in April last aged 86, were once the proprietors of the legendary pub bearing his name on St Joseph’s Street in the city.

In the hours before her passing, her loved ones surrounded her bedside at the University Hospital in Limerick as they sang their favourite family songs.

Her son Richard said she was "heartbroken" after her husband of 60 years passed away on April 23, 2015 and "never recovered".

The couple remained "madly in love" all their lives, he added.

The couple ran the pub which was synonymous with good times, a great atmosphere and above all, a first rate music scene, for four decades and sold it in 1997.

Many Limerick people have wonderful, nostalgic memories of the pub, with Florence playing the piano.

The connections they made were so strong that when they eventually did close the pub Florence went on to play the piano for nine years in the Old Stand pub.

“We made some great friends,” she said.

Their son Richard, of ilovelimerick.com and a former winner of Limerick Person of the Year, is one of their eight children. All the family lived upstairs over the pub.

"Everywhere I go in Limerick people always ask after my parents. I come from a background stepped in history and I am incredibly proud of my heritage. My parent’s pub was the first bar in Limerick to have music, the first to get a music licence," said Richard.

"The pub was also famous for its 10 pence a game pool table and my dad kept the price at 10 pence for decades. Back in the early 80s our pub was also one of the first to show movies as first got a Betamax video player and then a VHS when they first hit the market. I remember the front lounge of the pub thronged with people who came to see screenings of movies.

"My mam was a very kind, strong and determined person. For decades she would hold raffles in the pub and raised tens of thousands for charities such as Parkinson’s Midwest and St. Gabriel’s School. She was a brilliant musician, a voracious reader of books and an expert in Tudor history.

"My parents are very loving, kind, liberal people who always put on emphasis on the importance of loving one another. I organised the first week long Pride Festival in the city in 2008 and my parents came to the parade to support my community. After that they would try to come every year and one of my siblings would roll mam down in her wheelchair to the top of O’Connell Street with my dad to watch the parade as it passed.

"Mam I am so happy you and dad finally together again. I love you both so much and I am sure right you are singing with the angels in heaven," he added.