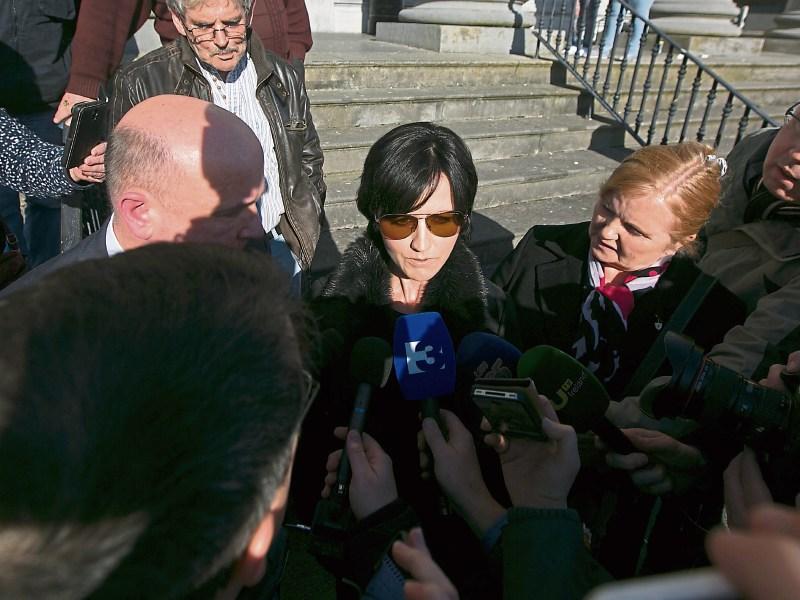 THE CASE which saw Cranberries singer Dolores O'Riordan before the courts for an air rage incident closed this week after the multi-million selling singer paid €6,000 to charity.

The rock star has not been convicted of any criminal offence after Judge Patrick Durcan formally struck out the charges against the 44-year-old mother-of-three in Ennis Courthouse on Wednesday.

Judge Patrick Durcan last week in court told solicitor for Ms O’Riordan, Bill O’Donnell that he would strike out the charges if €6,000 was paid to the court poor box.

In court this Wednesday after Ms O’Riordan’s name was called out, Judge Durcan told Mr O’Donnell: “Payment has been made so I strike the matter out”.

Ms O’Riordan wasn’t required to be in court and she was not present.

Last week it was heard in court that the artist was suffering “a very severe mental illness which completely inhibited her judgement” when she was involved in an air rage incident during which she head-butted and spat at a garda.

Judge Durcan said it would be “unfair and unjust” to criminalise the Cranberries lead singer who, a County Limerick general practitioner said in his medical report, was in a “hypomanic state and not responsible for her actions”.

Dolores O'Riordan was ordered to pay €6,000 to the court poor box by March 2 after admitted four offences including three assaults and obstructing a garda after being taken off an Aer Lingus flight from New York's JFK airport.

The artist pleaded guilty last December after being arrested at Shannon Airport on November 10, 2014 following a disturbance on a transatlantic flight.