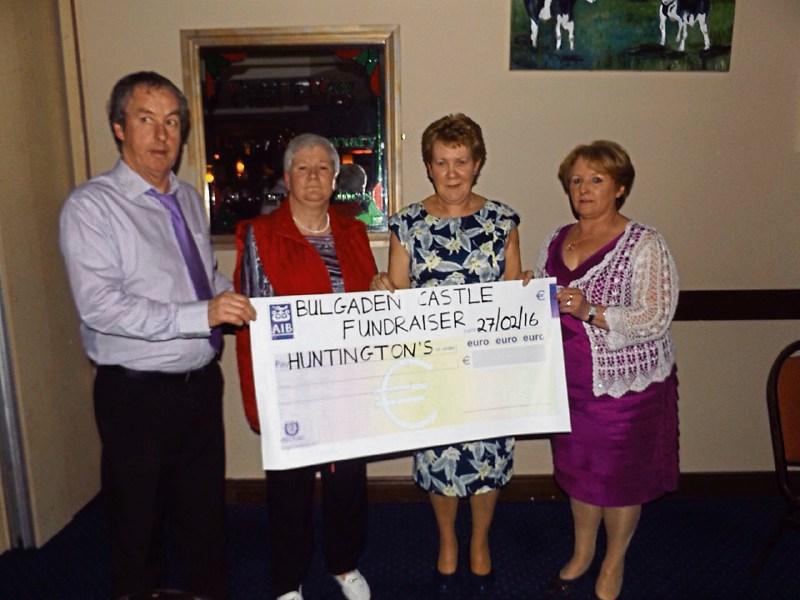 A FUNDRAISING night organised by family and friends of a County Limerick woman whose husband suffers with a rare hereditary neurological disorder, has raised €3,000 for the Huntington's Disease of Ireland Association.

Sadly, Anne O’Shea Clarke from Dromin-Athlacca and her husband Christy, 45, who reside in Dublin couldn’t make it on the night due to Christy feeling unwell, but both were delighted with the response.

“Christy is absolutely thrilled. He is gutted he couldn’t make it because he would have absolutely loved to have been in the middle of all that,” said Anne whose mum Bridie organised the event at Bulgaden Castle with a number of friends.

Huntington’s disease is a hereditary neurological disorder that causes brain cell degeneration leading to deterioration of the physical, cognitive and emotional self.

While Christy is unable to speak and hasn’t eaten for several years, he is enjoying a good quality of life and enjoys the odd alcoholic beverage which is fed through his peg feed with a syringe.

And his tipple of choice -  cocktails of course!

“He likes to mix them,” Anne smiled. “If he was just having one drink it would be a Southern Comfort and coke. If he had to chose one cocktail it would be a Black Russian. He would have seven drinks including two Black Russians, a White Russian, a Pink Flirtini. It’s only once a week he would have that and it would be over a number of hours,” continued Anne who along with Christy thanked everyone who supported them on the night.