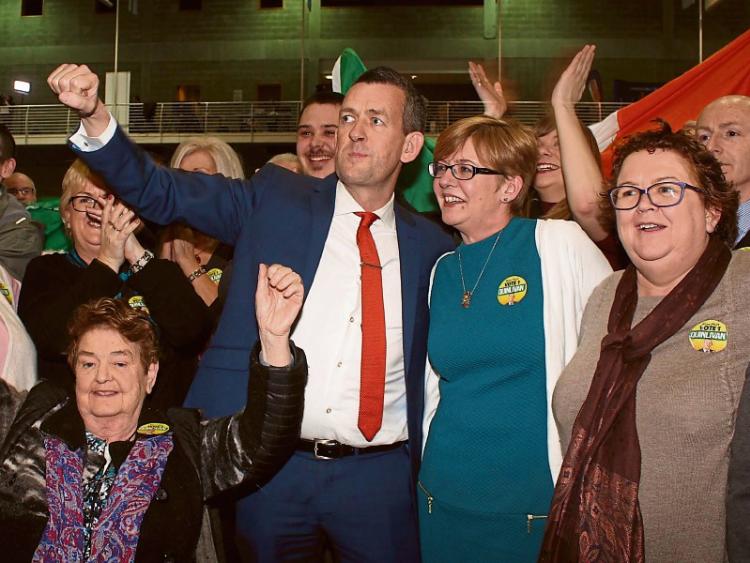 FOUR seats on Limerick City and County Council are now up for grabs – two because of the general election.

The seat won by newly elected Sinn Fein TD Maurice Quinlivan in City North is now vacant, as is the position in Adare-Rathkeale secured in 2014 by Tom Neville, now Fine Gael’s newest TD in the Limerick constituency.

And a final seat in the City East constituency is also waiting to be filled following the decision taken by Castleconnell-based Fianna Fail councillor Shane Clifford to resign from politics on New Year’s Eve.

Unlike in general elections, when a seat becomes vacant on the local authority, it is the party or individual who holds that seat whose prerogative it is to fill it through a co-option.

Fianna Fail will be particularly keen to co-opt two members in the metropolitan district in short order to re-establish its majority here.

At the moment, Fine Gael has one more seat than its rival. Although the two parties are in formal coalition on the council, there have been occasions where they have voted in different ways – notably on the issue of the Local Property Tax last year.

Mr Quinlivan, who took the second Dail seat in Limerick City on Saturday evening, said he expects there will be “competition” among the local Sinn Fein party to fill his seat.

Speaking to reporters, he said: “My party will sit down, we will have a democratic decision among our party members. There are a number of very capable people in our party organisation in the northside, and I think there might be a competition to see who takes over the seat.”

Up until 2003, it was legal for councillors to also serve in Dail Eireann, with many of Limerick’s local TDs – including Education Minister Jan O’Sullivan in  – doing precisely this.

Meanwhile, Mr Quinlivan wasted little time in updating his Twitter handle once he was elected to Dail Eireann.

Until Monday night, it was @CllrQuinlivan. Now it is @QuinlivanTD.