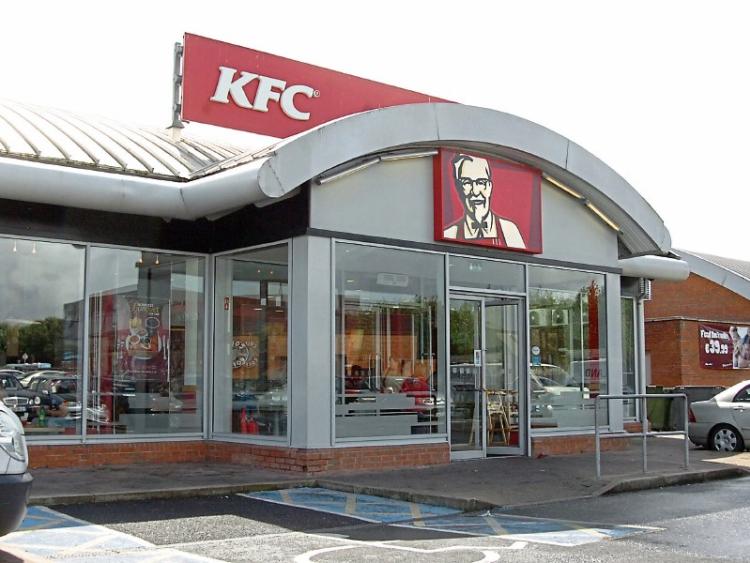 The KFC unit in the Childers Road retail park, which is up for sale

A SECOND retail park in Limerick has now come up for sale, with the Childers Road retail park now on the market for €44m.

A retail park on the Ennis Road, which includes Showtime cinema and Woodie’s, also went on the market last week for €15m, following the instructions of a receiver.

The Childers Road park, where the tenant line-up is described as “second to none”, is expected to attract interest from a range of Irish and overseas investors, as funds as joint agents HWBC and DTZ Sherry FitzGerald are anticipating that the new owners could see an income return of seven per cent.

The development, which includes Dunnes Stores, Boots, Pizza Hut, Costa Coffee and many others, was built over ten years ago by Alan and Brian McCormack of Alanis with funding from Anglo Irish Bank. Harcourt Life is now handling the sale after acquiring the entire share capital of IBRC Assurance Company.

The retail park is currently producing a rent roll of €3.22 million from 14 tenants.

The other main tenants include Argos, Maplin Electronics, Heatons, Harry Corry, Smyth’s Toys and Planet Health Club. It comes with up to 1,000 free parking spaces.

Meanwhile, the Ennis Road retail park has a rental income of €1.476 million, the initial yield for a new owner will be 9.4 per cent.

The Williamscourt Mall on William Street, which is home of Guiney’s, is for sale for €2.5m.