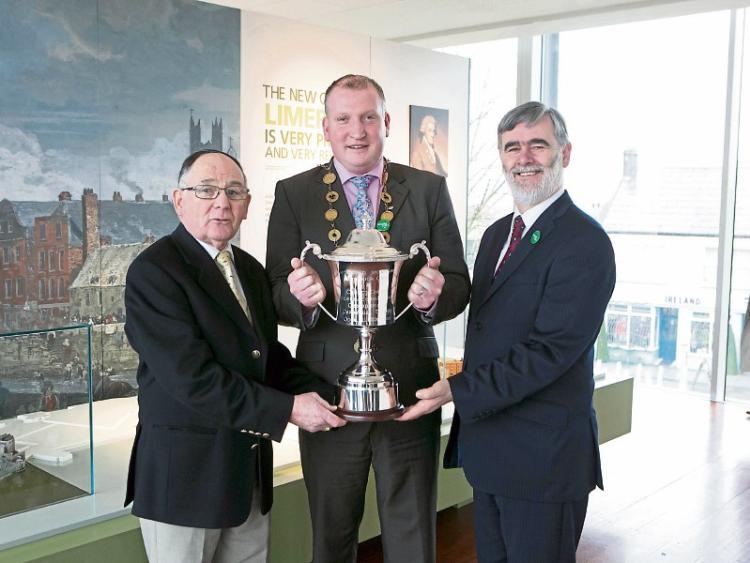 THE Boherbuoy Band will join 17 other musical outfits at the 46th International Band Championship which will take place in the city on March 20.

For the first time ever, brass and reed bands will be competing for a perpetual trophy, meaning their overall win will be recorded for posterity.

Council official Kieran Lehane, who is organising the band championship, said: “It’s the oldest band competition in the country. We want to record on it the winners. The winners of the past have been lost to history somewhat, so it would be a nice thing to be able to record them. I have bought the trophy, where you can add bases to it, and the names as we go along.”

In recent years, the winners of the International Band Championship received a cut glass trophy. Now they will hoist a major trophy, which they keep for the year of their reign.

A total of 1,200 musicians are due to take part in the parade, including four from the United States.

This includes the University of Missouri band, which has 280 members and 100 supporters.

Tens of thousands of people are expected to line the streets of Limerick for the event, which will also attract its regular cohort of bands from the local area.

These include St Mary’s Prize Band, the Redemptorist Centre of Music Concert Band, the City of Limerick Pipe Band, and the Newcastle West and District Pipe Band.

The championship will bring the curtain down on Limerick’s St Patrick’s Festival, with the main event of the parade taking place the previous Thursday.

This will be led off by local actor Myles Breen, and feature more than 4,000 participants from 100 different community groups, companies, bands and sports clubs from across Limerick and Ireland.