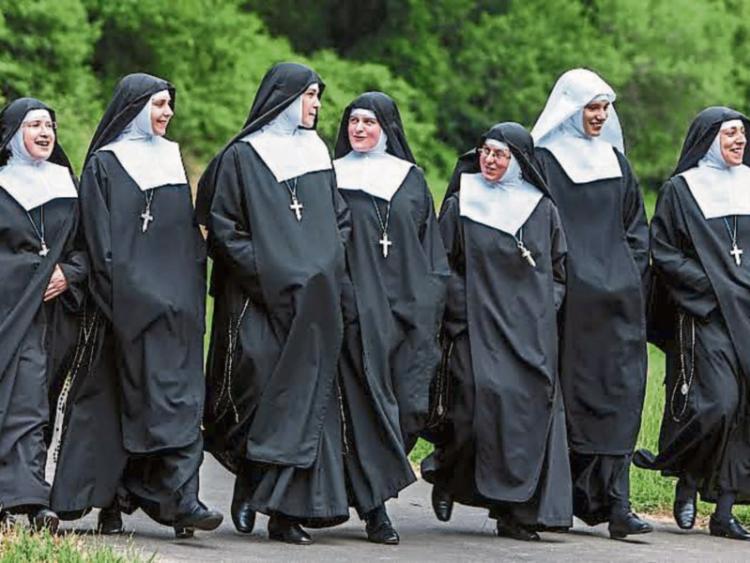 Eight nuns, from Ireland, the US, and France, and based in Italy, are on a mission to Limerick this weekend

NUNS based in Italy will visit Limerick city this weekend to inform people about their order and vocation – including a local woman who joined the order at 20.

The Sisters Adorers of the Royal Heart Jesus Christ Sovereign Priest were founded as the female branch of the Institute of Christ the King Sovereign Priest, which is now based at the former Jesuit Church at the Crescent in Limerick city.

The female community began in Austria in 2001 and three years later, the community moved to Gricigliano, Italy. There are now 28 nuns –  15 professed, who wear a black veil, and 13 novices, who wear a white veil.

Eight of them will visit Limerick this weekend, and lead the church in Gregorian chant over the weekend.

While still a young order, the nuns plan to open new houses of faith “in order to bring God to the world in the future”.

Local woman Miss Murphy, originally from Mallow, and now known as Sr Anne-Marie of Immaculate Conception, came to know the Institute in 2006, having attended the first Mass of the Institute in Ireland in Limerick, aged 20. It was afterwards, as the Canon spoke of his priestly work, that her interest and love for the Institute began.

She asked immediately if there were sisters, to which the Canon happily responded that there were.

Subsequently, she received further information on the life of the Sisters through Canon Wulfran Lebocq, who is based in Limerick, and she faithfully attended the Masses in Limerick, now celebrated every Sunday. She has taken the veil and is now a professed sister.

The order said that more young people are choosing to join religious orders, because “of a society where the relations between society and religion are completely broken down. These young minds have a thirst for and search for the absolute”.

In Limerick this weekend, the Sisters will get the opportunity to tell the people of Limerick about their vocation, lifestyle and apostolate.

They will hold masses this Friday at 7pm, followed by the Stations of the Cross and blessing; at noon on Saturday, and on the same day from 4.30 to 5.30pm there will be a meet and greet with the Sisters, and a presentation about their community life followed by 6pm Benediction of the Blessed Sacrament.