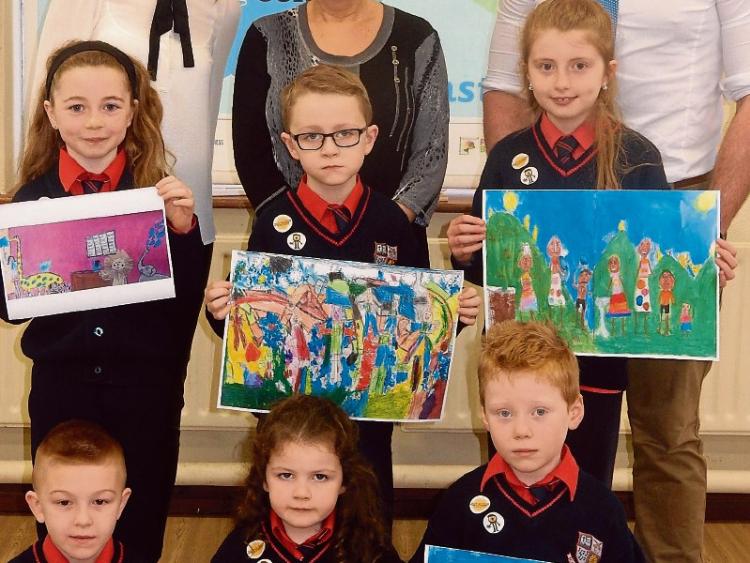 ORGANISERS of Sightsavers junior painters of the year awards said pupils of Caherline National School accomplished “something unheard of in any other county”.

Competition was at an all-time high with thousands of children from over 200 primary schools across the country entering the annual art competition.

The theme of Imagine 2030 was certainly embraced by the children in Caherline.

Michael McCarthy, principal, said they had two regional winners in 2014 and 2015 – Lily Chambers and Mark Hourigan - and two judges special commendation awards in 2014  and 2015 – Maeve Howard and Klaudia Pawlowska.

“But you can imagine our delight when we realised we had six awards in total this year. Our junior painter awards regional Munster winners in 2016 are Aran O’Meara, senior infants, for his painting called In 2030, Dinosaurs will come out to play again; Alex Allen, first class, for his entry Animal All-Ireland Final 2030 and Julianna-Mae Ward, third class, for A happy future in sight.

He said children worked hard to create their paintings under the theme of what they think they will see in 2030.

“It allowed their imaginations to shine through,” said Mr McCarthy.

Pupils, their families and teachers are invited to the awards ceremony in Dublin on Thursday, April 7.

Sightsavers works with local partners in 30 countries in the developing world to eliminate avoidable blindness through straightforward and cost-effective measures.

Teresa Murray, of SIghtsavers, visited the school this month to present pupils with their awards and explained the work that they do.

Mr McCarthy said he was particularly happy that the pupils were made aware of the issue of sight loss in developing countries.

”Teresa pointed out that 80% of all blindness can be cured if funding is available.

”I feel it is important that the children are made aware of how fortunate we are and that we can help those that are living in poorer conditions,” said Mr McCarthy.