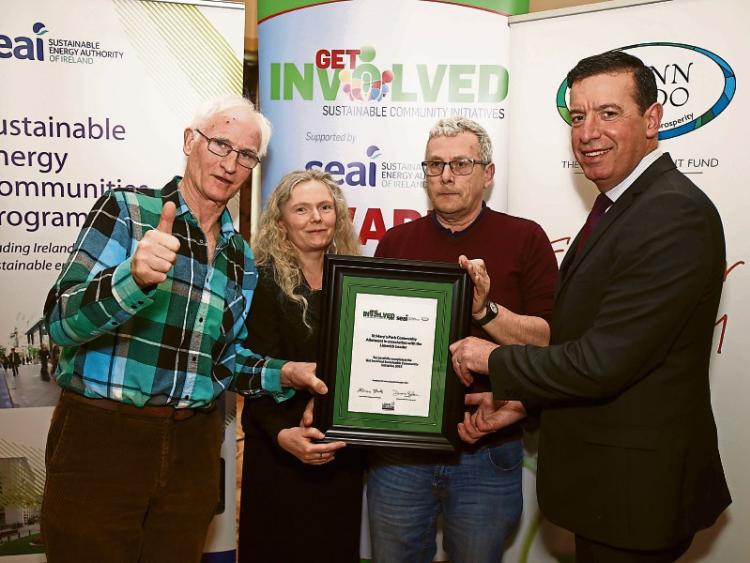 PLANNING permission is to be sought for a community garden at the King’s Island in Limerick in the coming weeks.

A group of people from St Mary’s Park are to meet with architects with a view to designing the scheme shortly.

Christy Flanagan, Majella Cosgrove and Garry Hyland formed the group, Dig in D’Island, which represented the Limerick Leader at the annual Get Involved sustainability awards, which took place in Dublin.

Although they did not win a prize, leading ecologist Duncan Stewart praised the project, insisting he sees a bright future for them, saying: “They will be back.”

Christy, Majella and Garry are planning to transform lands in St Mary’s Park once ravaged by floods to open garden space to grow vegetables, and re-establish a sense of pride in the King’s Island.

They also are working with the local St Mary’s National School to set up small plots in its grounds, and get youngsters interested in growing vegetables – something the competition judges, including representatives of the sponsors, the Sustainable Energy Authority of Ireland acknowledged.

Garry confirmed they will be meeting with the architect on Friday, with a view to submitting a planning application in the coming weeks.

Although Dig in D’Island did not win a prize in Dublin, the team was able to network, and secure support from members of the dozens of community projects on show at the event, in the Crowne Plaza Hotel, Blanchardstown.

Christy said: “It opened my eyes to many community schemes which are out there. We will have to visit some of them. I was very intrigued with one of the projects at Moyhill, Co Clare, where an underground glass house has been developed.”

Majella added: “It has just been an amazing experience. We have created networks, and these people will be able to guide us in future. Many of the projects today have already started up – we are still only starting. So we are learning from them and getting bits of advice”.

“What we have seen has opened my eyes. It shows what we can achieve if we get this right," added Garry.

An initiative of Local Ireland, and sponsored by the Sustainable Energy Authority of Ireland, Get Involved is designed to promote voluntary sustainability projects.