Abbeyfeale stepping into the boxing ring 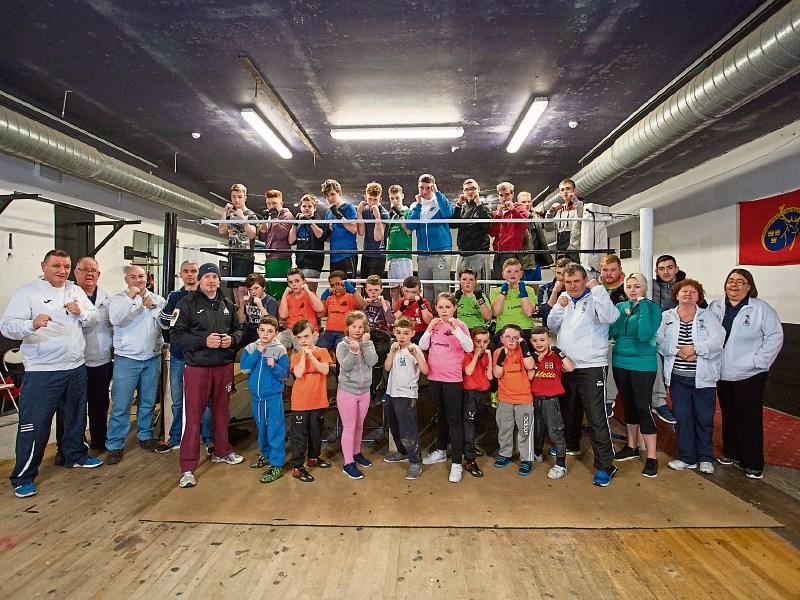 A 40-year-old dream has finally become reality for Abbeyfeale man Denis Kelliher who is chairman of the county’s newest boxing club, the Abbeyfeale Vikings.

The club is up and running for less than a month but already over 30 young people, from children to men in their early 20s have signed up. And as each week goes by, Denis and his fellow committee members are confident those numbers will continue to grow.

“We are trying to get more girls involved too,” Noel Healy, club treasurer and coach said. So far, there are just two would-be Katie Taylors but they are hoping this will change as word grows.

The idea behind the club, Noel explained this week, was to provide an outlet for young people in the town.

But for former boxer Denis, the setting up of the new club is a dream come true.

A super-middle weight boxer, he took part in bouts “all over the place” in Birmingham and Mancherster.

“I did it for the money not for the good of my health,” he recalled.

Denis returned to West Limerick in the late 1970s and settled down. “But I was dreaming all the time.”

And he hopes to encourage the young members of the new club to adopt his philosophy.

“It is a very simple thing: respect,” he explained.

“If kids haven’t respect for themselves they will not have it for their parents or for anyone else.”

“If we teach them the skill of boxing, of respect and belief in themselves, you are more than half way there,” he said. “And if you get the respect, discipline will follow.”

“We have a zero tolerance policy,” Denis continued. “When they come in to us, we have 15 rules, they read the rules and sign up to them.” These rules, he explained, include no messing around on the streets and no messing at school. “They know if they break any of the rules, they are gone.”

Denis and the small committee of people have taken a leap of faith in setting up Abbeyfeale Vikings.

“We have taken out a five year, nine month lease on the premises,” Noel Healy explained. But he added they did do their homework beforehand, visiting the highly successful Rathkeale Boxing Club and getting in touch with the Irish Amateur Boxing Association’s man in Munster, Jim Walsh.

Training is now taking place in two groups, twice a week under the watchful eye of head coach Philip Daly, assisted by Denis Daly and Noel Healy but that is likely to increase as the club grows.

And already, the club has acquired some basic equipment, including a €1500 ring, although they are still waiting for the canvas to arrive.

Some of the equipment has been donated but most of it has been paid for by the committee members themselves and by donations.

“It is a gamble,” Denis Kelliher said but with an air of confidence that it is one that will pay off.

Sparring bouts with members of other clubs will be organised in the near future but it will be some months before members take part in tournaments.

“We will have white-collar tournaments in the summer,” Noel added.