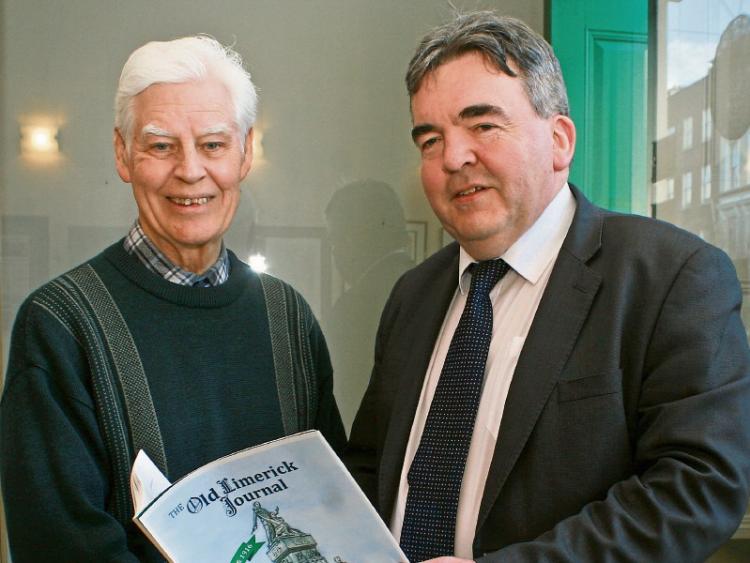 A SPECIAL and limited edition of the Old Limerick Journal, which looks at local life in 1916, will be launched next week.

As part of Limerick’s extensive itinerary of 1916 commemorative events, the 50th edition of the iconic publication — founded by the late Jim Kemmy in 1979 — will be presented to the public at the City Library, Michael Street, on Tuesday, 7pm.

According to the editor, Tom Donovan, it is the first journal of its kind, and it is three times bigger than the regular edition — 172 pages — which usually comes out at Christmas.

He said that this issue shows both sides of the 1916 rebellion that took place in Dublin, and also looks at “the normal life in Limerick” in 1916.

“The difference from then to now is that, in 1966, it was all one-sided. It was all about the rebels, who fought for Ireland. But in 2016 now, we have two military and two policemen; four of the other side. And we are looking at that side of it. It’s about everybody who fought in 1916.

“And some of the military were caught up with it and were on their way to the front [World War], and they got sidetracked when the rebellion happened, and they had to go out and fight. You then had Irishmen fighting Irishmen,” he told the Limerick Leader this week.

He said that it also notes the local civilians who were killed in crossfire.

The longest-standing contributor, Des Ryan, welcomed the launch of the special edition.

“We could not let the 1916 commemoration pass without acknowledging Limerick’s contribution to the Easter Rebellion. The fact that such a large amount of material could be sourced about Limerick in 1916 made the task of the many contributors a little easier.”

The Old Limerick Journal will be launched by Mairéad Dore, daughter of Éamonn Dore, who fought in the GPO in 1916, and refreshments will be served on the night.