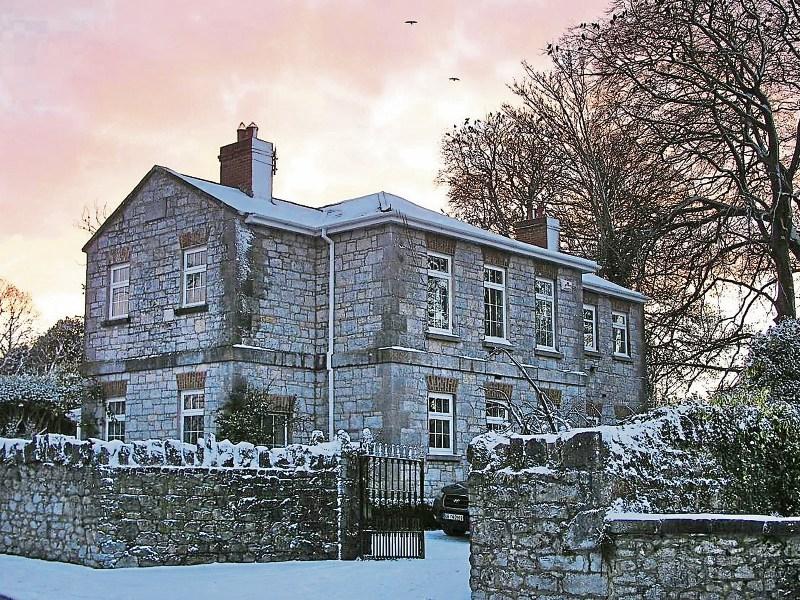 The Old School House, Castleconnell, a four bed property with views of the river and mountain, for sale at €495,000

MORE than 100 properties across Limerick city and county have sold so far this year, amounting to more than €14m in sales, according to the latest filings with the Property Price Register.

As the register is continually updated, the level of sales for the first two months of the year is expected to rise further. The value of house sales registered to date amounts to €14,726,000. House sales in Limerick for 2015 reached a peak of 1,988 –  the highest they have been in a five year period, since the records began in 2010. Just 758 sales were achieved that year.

In comparison with the 106 houses that have sold in Limerick to date, in Clare there have been 50 sales, 73 in Tipperary, 81 in Kerry, and 347 in Cork, which again is witnessing the highest number of sales for any county in Munster.

In Dublin there have been 858 house sales registered so far this year, 141 in Galway, and 132 in Kildare.

In Munster the most expensive property to sell in recent weeks was Quinville Abbey in Quin, county Clare, which fetched €1.4m. The property was previously listed for sale four years ago for €2.5m, through Savills in Dublin. At that time the offer was there to buy the house with 12 acres, or the entire 47 acres. Its price was later reduced to €2m. The sale of land does not go through the national database, meaning that overall it could have sold for in excess of €1.4m.

The most expensive property to sell in Limerick recently was at 5 Clifton Terrace on the Ennis Road for €410,000. The cheapest deal done was for a property in Lisnamuck in Croagh, at €12,000.

Currently there are some 1,600 houses for sale in Limerick via Daft.ie. Just 45 of those are priced at in excess of €400,000. And just three properties are priced above €1m. These include the five-bedroom 6 The Demense, Adare Manor, for €1.85m, the seven-bed Ballyneale House in Ballingarry for €2.5m, and Glin Castle for €6.5m, which comes with more than 15 bedrooms.

In a recent survey of house prices worldwide, Limerick has again been rated the most affordable out of 367 cities across nine countries, based on middle income housing affordability for the third quarter of 2015, the Treaty city came out on top – for a second year running – followed by Waterford. Based on a median household income of €51,200, and median house prices of €92,800, buyers in Limerick can secure their home for 1.8 times their income – well below the maximum borrowing limit of 3.5 times income imposed by the Central Bank.