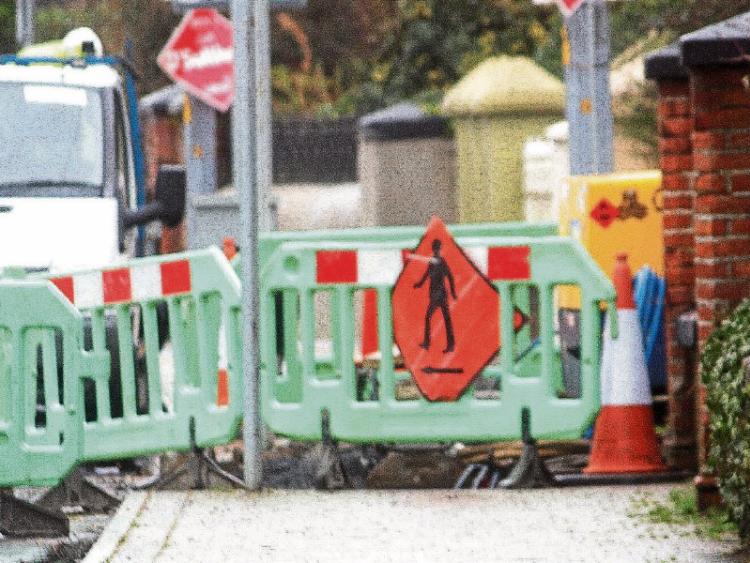 The roadworks taking place at the Ballinacurra Road, where Irish Water is replacing old lead piping

SOUTHSIDE city residents in Limerick are set for more “chaos”, with their road being dug up for the third time in as many years.

Hundreds of residents on the Ballinacurra Road will see diggers outside their homes for the next month, after Irish Water confirmed it was replacing lead pipes in the area.

In 2013, there were works in the same street with the installation of a bus-lane on the inbound side at a cost of €1.4m. And a year later, Irish Water moved onto the street for the first time to install water meters back in 2014.

The utility firm has written to residents advising them of the fact the parking lane will be closed for the next month on the Ballinacurra Road, from the South Circular Road junction to the Southern Ring Road on the inbound side.

Fine Gael councillor Maria Byrne, who lives near the Ballinacurra Road, said: “It is going to cause absolute chaos altogether”, while local businessman Jim Power, Power Insurances, said: “It’s going to be a disaster.”

“Obviously it is inconvenient for both our staff and clients. There is already an inconvienience with the bus lane, with cars being pushed to the other side of the road and down the side roads. What is going to happen when the roadworks are in full swing I don’t know,” Mr Power told the Limerick Leader.

Cllr Byrne also questioned why Irish Water could not have replaced the old lead piping when it installed water meters.

“I would sympathise with the residents on this one. They have had an awful lot to put up with over the last number of years. While I understand these new water pipes are needed, it is not fair on the residents that they have had the whole road dug up again.

"There will be diversions, and I am sure people on the South Circular Road will not be too happy as it will mean traffic will be diverted up to them,” she said.

A spokesperson for Irish Water said: “As far as possible, meter installation works in Limerick City were co-ordinated with the planned water mains replacement works.

“In relation to the meter installation in Ballinacurra Road, existing meter boxes installed by the Local Authority during footpath improvement works were re-used to install meters as part of the metering programme”.

The spokesperson added: “We apologise for any inconvenience. Irish Water is committed to minimising traffic disruption and keeping residents informed over the period of the planned work.”

Irish Water is investing €6.5m in a water rehabilitation project across Limerick, with the company saying it will result in the saving of 11 million litres of water each week in the city – enough to fill four-and-a-half Olympic sized swimming pools.