KATE O'BRIEN:  TALK ON WRITER'S LETTERS WILL BE SUBJECT OF PUBLIC TALK THIS WEEKEND 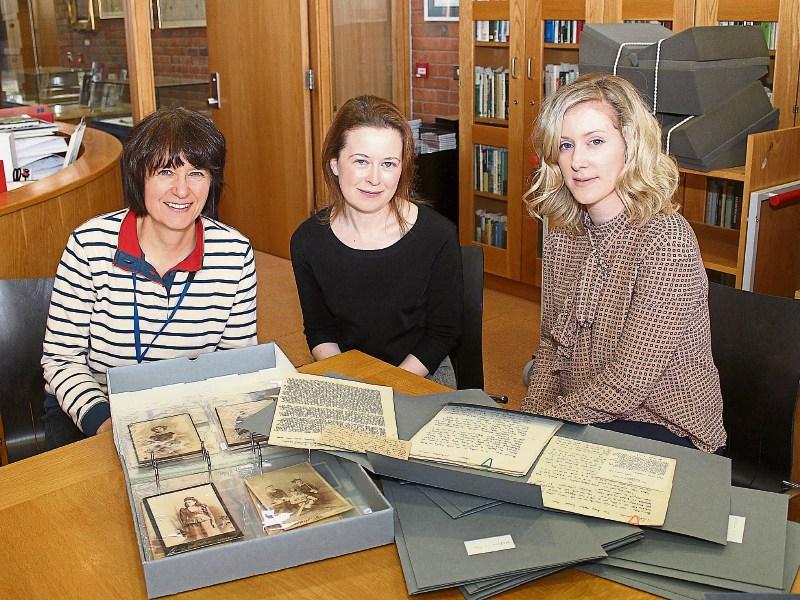 OVER 600 letters belonging to the famous Limerick writer Kate O’Brien have been donated to the University of Limerick’s Glucksman Library.

The extensive collection of letters written from across the globe, and covering the period from the 1920s to 1970s, give a vast insight to the writer and the woman herself, whose work was banned in Ireland for a time.

This weekend, during the Limerick Literary Festival, which is held annually in honour of O’Brien, will see a talk given on the letters and the wealth of material they contain by Dr Margaret O'Neill, of the School of Culture and Communications at UL.

Dr O’Neill, whose PhD thesis centred on O’Brien before these documents came to light, is one of a number of UL staff who have been revelling in exploring the contents of the letters, which consume more than 30 boxes in UL’s Glucksman Library.

Ken Bergin, head of the special collections and archives at the library, said the letters, which were donated by one of the writer’s relatives, Clare Hannigan (nee O’Mara), are a “real coup” for UL, and will greatly add to their existing collection on O’Brien.

The letters touch on her personal indulgences, including her art collection which featured at least one of Picasso’s works, her time during the Blitz in London, her difficulties in finding a good housekeeper, her attempts at gardening and her extensive travels around the world, where she locked herself away to settle down to writing.

Dr O’Neill said aside from O’Brien’s own life and writings, there is a wealth of social history contained in her letters, and a move towards modernity is also documented.

She also writes about her short-loved marriage – some 11 months – but while regarded as a lesbian, archivist Anna-Maria Hajba said “there’s nothing in her letters to suggest she was or wasn’t a lesbian. It just doesn’t come into the correspondence.”

“The last ten years of her letters are certainly the most poignant. She was finding it harder and harder to get work published, and never published her last novel, Constancy. She also wasn’t entitled to a pension, as you had to collect stamps while you were working, which she was not aware of until around 65. So she had to keep writing, while her market was dwindling,” said Ms Hajba, who has read each and every one of the letters.

“The letters are very entertaining and quite funny. She’s a bit of a comic and there were parts where I laughed out loud. Then there are the letters where she’s quite vulnerable, as she’s getting older, and she reveals the struggles of being a writer and the creative process. She says something to the effect of ‘publishing is very cruel to old women’.”

Many of the letters are handwritten, and Dr O’Neill said at first her handwriting was hard to decipher. Other, more formal letters are typed, including her banking correspondence, and letters exchanged with Arthur Cox solicitors regarding her financial affairs.

There is no mention in any of the letters of a desire to become a mother, though her love for her nieces and nephews is very evident.

- The talk on O’Brien’s work and the UL letters, which are part of the O'Mara collection, will be given in Limerick City Gallery of Art this Saturday, February 27, at 1pm. For more on the O'Brien letters see the weekend editions of the Limerick Leader