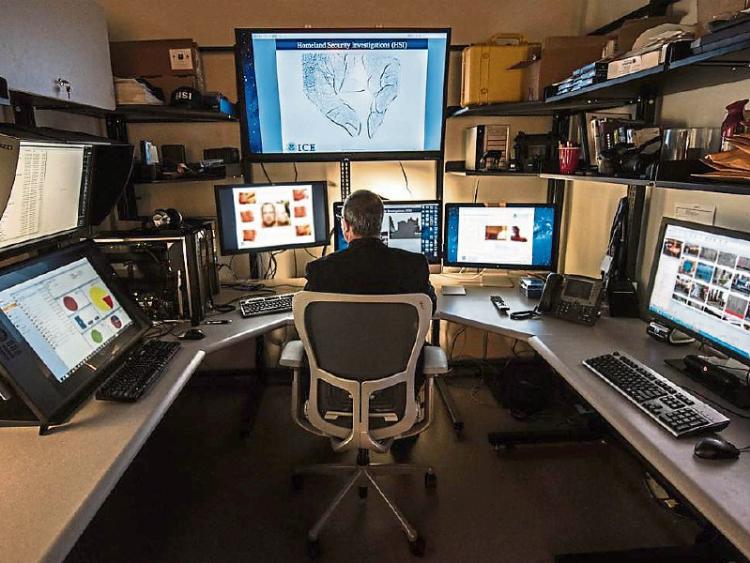 ON the second floor of the Garda Bureau of Fraud Investigation offices on Harcourt Street, Dublin, a team of gardai and civilians engage in an ongoing battle against cybercrime in its many different guises.

The team, the Computer Crime Investigation Unit, is led by Inspector Michael Gubbins, a native of Kilmallock.

Over the last decade the unit has played a key role in helping to solve some of the most high profile cases in the history of the State including the convictions of Joe O’Reilly for the murder of his wife Rachel, Sharon ‘Lying Eyes’ Collins for conspiring to murder her former partner and his two sons; and Graham Dwyer for the murder of Elaine O’Hara.

“There was no moment as such. It was a job that interested me,” says Insp Gubbins, 46, of his reason for choosing a career in the gardai. 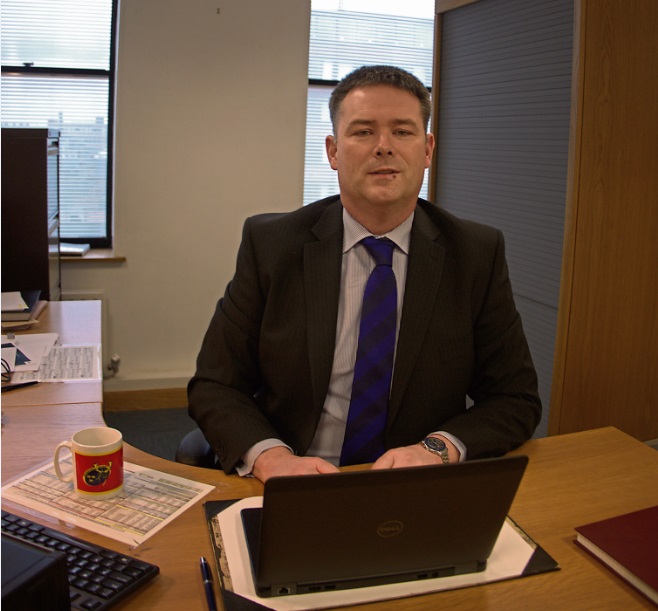 He made his decision around the time he was doing his Leaving Certificate at St Joseph’s secondary school in Kilmallock.

He went to Templemore in 1989 and since then has been stationed across Dublin - in Kevin Street, Blanchardstown, Donnybrook, Crumlin, and the Computer Crime Investigation Unit which forms part of the Garda Bureau of Fraud Investigation.

“Computers were something that I thought I would like to learn more about. I saw that it was an area that was going to take off,” said Insp Gubbins who started working in the Computer Crime Investigation Unit in 1997.

“Over time, I would have completed courses, worked on cases and gone to courts. I had completed a number of basic computer courses and an opportunity came up then to join the Computer Crime Investigation Unit.  They were trying to build the strength of the unit and they asked me if I would be interested.”

“I went to Crumlin and then I came back as the inspector in charge of the Garda Computer Crime Investigation Unit.”

A typical day in the unit begins at 9am.

“You would begin by going through your email and your correspondence and reports from the investigators. I would be liaising with other members throughout the country and also contacting colleagues in Europol or other international law enforcement agencies including the FBI, and the United States Secret Service and the the European Cybercrime Centre (EC3). You would also be meeting different umbrella groups around the city here, working with the banks and doing presentations and awareness campaigns.”

Last month, Insp Gubbins and the unit were working on a Distributed Denial-of-Service or DDoS attack which involved a massive amount of data requests being directed at a particular network in order to overwhelm it and disrupt access.

One of the government websites targeted in the cyber attack was bombarded with traffic from more than 50,000 internet addresses in the space of just three seconds.

During his career Insp Gubbins has worked on two of the country’s most high-profile trials  - the case of  ‘Lying Eyes’ Sharon Collins and the murder of Rachel O’Reilly.  He has appeared on Prime Time and Crime Call.

Rachel O’Reilly’s badly beaten body was found in the bedroom of her home in the Naul, Co Dublin by her mother on October 4, 2004. Her husband was found guilty of her murder after a trial in 2007.

“I would have analysed a number of mobile phones in respect of this case. Other members attached to the Computer Crime Investigation Unit would have examined CCTV, computers and emails.”

During the trial, Inspector Gubbins, who was then a detective sergeant working with the Garda Bureau of Fraud Investigations, said he had received three telephones and had recovered the text messages and burned them to disk.

Det Sgt Gubbins explained that he identified a number of texts on the phone of Nikki Pelley, the woman with whom Joe O’Reilly was having an affair.

He also gave evidence in the infamous ‘Lying Eyes’ case which saw Clare woman Sharon Collins convicted of soliciting a Las Vegas hitman to kill her partner and his two children.

“I examined the majority of computers in that case.”

During the trial in June 2008, Insp Gubbins, then a detective garda sergeant, said that a desktop computer, stolen from the offices of Downes & Howard, had been used to search for the terms hitman, assassin and contract killer on key dates in August 2006.

Det Sgt Gubbins said that the user of the computer searched using the term hitman and accessed the site Hitman.us, and received an email from killers_at_hitman.us.

The unit established that they visited the Revenue website and the Government information website looking for inheritance information and also called to Irishwills.com. They also bought a three month supply of the weight loss drug Reductil from an online pharmacy website in the name of Sharon Collins.

In an ever changing online world where hacking and data breaches are becoming more and more common, the Computer Crime Investigation Unit is constantly keeping abreast with changes in modern technology. Most of the officers, including Insp Gubbins, have a Masters in Forensic Computing and Cybercrime Investigation from UCD. Insp Gubbins along with his team have developed an excellent working relationship with the the centre for cybersecurity and cybercrime investigation at UCD.

“We are always learning. We are always going on courses trying to upskill and keep everyone at the highest level of knowledge in this area. We do courses with Cepol. We do a lot of work with our colleagues in Europe through the European Cybercrime Centre (EC3) Europol. We would liaise with them a lot.”

Such is the sophistication of technology, cybercriminals can be thousands of miles from the scene of the crime.  They can download everything they need to commit a crime online, and there’s little training required.

According to Insp Gubbins, there are five areas which the unit highlights as “crime areas”.

“You have Distributed Denial of Service which is where your system is attacked and your website can’t function and your customers can’t get to you.

“Then you have a form of extortion whereby if you don’t pay them they will carrying out the Distributed Denial of Service.”

In relation to an incident reported in Limerick last month which saw female scam artists befriend two males through Facebook, film them in a compromising position and then threaten to post the clip on their Facebook page unless they received a sum of money, Insp Gubbins said he is aware of such incidences occurring but they often go unreported.

“People would ring occasionally to inquire about it and you would give them some advice on the matter but they don’t necessarily report it to the gardai.”

Romance fraud is a confidence trick involving feigned romantic intentions towards a victim, gaining their affection, and then using that goodwill to obtain money from them.

“People end up forwarding money to people they have never met but they have formed a relationship with them online. It’s common enough.”

Insp Gubbins explains how they work.

“So you are in the Limerick Leader and somebody pretends to be your boss. They email you and say ‘can you transfer money to this I am after buying something.’

“Invoice redirection is where somebody pretends to be one of your suppliers and change their bank account details.

“For example, you get an email from somebody pretending to be the Limerick Leader and they say ‘our bank account details have changed can you please pay your future bills to this bank account’. Then the bill comes in, you pay into the criminal’s account, and the money is gone.”

According to Insp Gubbins the criminals are very well organised and many people fall victim to the hoax.

A lot of work carried out by the Computer Crime Investigation Unit is examining computers in relation to child abuse images.

“We would see a lot of that,” says Insp Gubbins.

“An investigation could be based on a complaint, a victim coming forward, and again from working with our colleagues internationally we might get some information about an individual and we investigate it – when I say we I mean the gardai and that’s how we would identify these people.”

While there are always cases that get more attention, for Insp Gubbins, the profile of the case is irrelevant once“it’s a job well done”.

“It doesn’t matter if it is the smallest case or the biggest case, we in the Computer Crime Investigation Unit are happy when we do a good job, are found to do it right and proper, and have helped in a prosecution.”