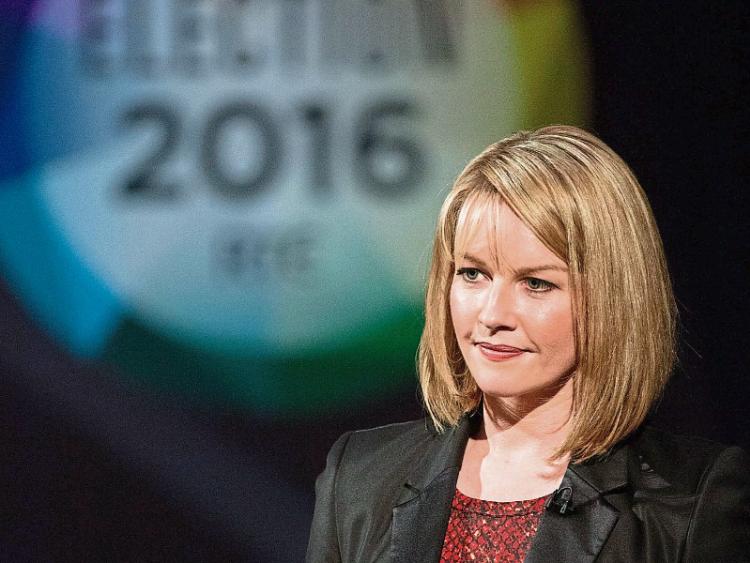 LAST week, it was Bruce Springsteen. But as the Taoiseach Enda Kenny arrived at UL on Monday night, the soundtrack was somehow less The Boss and more Bette Midler.

“Everybody’s got a hungry heart,” the Taoiseach sang to voters on national radio as he canvassed in Connacht last week.

But weekend polls had shown that Fine Gael  was caught in a kind of voter doldrums and Enda, anxious to make history as the only Fine Gael Taoiseach to return to power, needed a bit of wind in his sails.

“You are the wind beneath my wings,” he needed to croon, along with Bette, to the country’s somewhat reluctant voters.

But he arrived in jaunty mood, the last but one  of the seven party leaders taking part in the RTE live debate to pull up at the concert hall. And as he strode confidently, jacket slung over the shoulder in uber-relaxed style, towards the phalanx of reporters, photographers and camera people waiting to doorstep him on his way in, there was no sign of concern.

That came later when the cameras rolled and  he found himself sandwiched between Fianna Fail leader Míchéal Martin and Labour’s Joan Burton and with the formidable Claire Byrne running the show. Presidential, some commentators said of the Taoiseach. But from where I sat, Enda looked anxious and a bit spooked.

Admittedly,  the stakes were high and not just for Enda. Every party leader was hoping to break out of the doldrums and hoping the debate would help them to do that.

“You are everything, everything I wish I could be.” There was that pesky Bette Midler soundtrack again. Was that Míchéal singing along? Or Lucinda? It certainly wasn’t Gerry. He had decided to do his “three amigos” routine and stick to it.

Earlier in the evening, the 350 or so audience members had queued patiently, going through strict security before making it into the concourse where tea and sandwiches were abundantly available.

These were no ordinary folk. They had been selected, we were told, by the Red C polling company, to ensure balance.

And, we were also told, they were making a small bit of broadcasting history. This was the first time ever that the leaders’ debate had been held outside Dublin and was a huge logistical undertaking by RTE.

Up to 100 RTE staff  were involved, including reporters, presenters, technicians, sound and camera people and make-up staff. And on top of that, another two dozen or so reporters and photographers from other media organisations were also in UL for the debate. The university, keen to make the most of their PR coup, had also invited its own guests to watch the debate on a feeder screen adjacent to the concert hall.

Unfettered by any RTE protocols, we could have cheered and sneered to our heart’s content. But we were a quiet lot, who didn’t even clap along with the “studio” audience, where Richard Boyd Barrett was winning the clapometer contest.

There were a few light moments but not many. Gerry Adams’ “three amigos” digs got a few amused snorts. And some people were entertained by the sight of a page floating from Míchéal Martin to land at Enda’s feet. A billet doux? An invitation to make up?

As the two hour debate moved along, and attention wavered, we began to notice the little things… Joan’s wagging finger, Gerry trying desperately not to point the finger and Lucinda’s straight-ahead stare.

And mercifully, the expected ding-dongs between Enda and Míchéal, between Míchéal and Gerry and Gerry and Joan, were few enough and short-lived.

It seemed however that for long periods of time, the Taoiseach was not in the debate at all.

Afterwards, Fine Gael supporters were reluctant to admit he had not entered the fray.

And some of them complained that moderator Claire Byrne had been less than respectful to the man who was the country’s Taoiseach.

“She was truculent … and very biased against the three main leaders,” was one man’s take.

“I enjoyed it,” one woman who had travelled from Cork for the debate said. “There was not too much shouting over one another.” Nationally, some 1.063m people tuned in for at least part  of the debate while a massive 586,000 stayed for the entire two hours. It’s far from over yet though. Other debates are planned.

And with just a little over a week to go, things do appear to be moving, at long last. But the future remains to be decided.