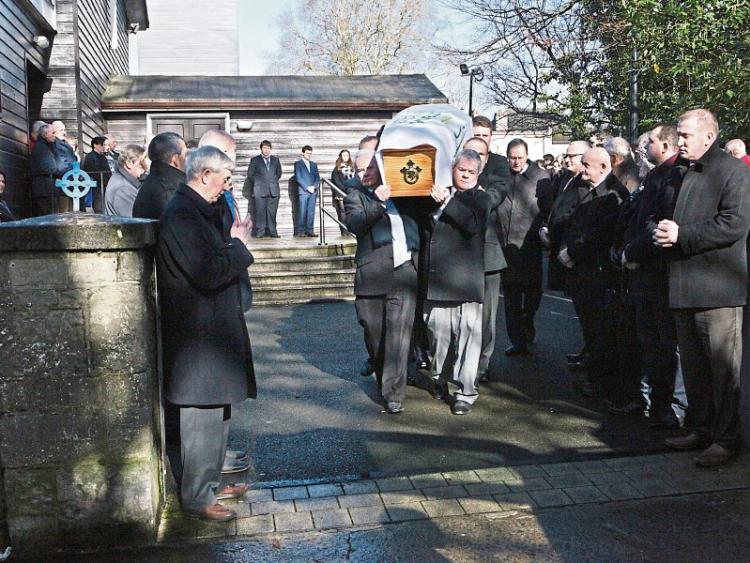 POPULAR Fianna Fail councillor Joe Crowley has been laid to rest following his funeral mass at Our Lady of the Rosary Church this lunchtime.

The Westfields Park man, who tragically collapsed and died while out canvassing on Monday, was remembered as an “upbeat, breezy and optimistic” person who loved politics.

The Very Rev Willie Walsh, who led the Requiem Mass said: “When the news came earlier in the week that Joe had died, so many could not believe it. They felt it could not be true. In the parish community, there is sadness in the air. The gospel word we would use is 'downcast'.”

Readings at the Mass came from Cllr Kieran O’Hanlon, plus his sons Andrew and Hugh.

Paying tribute, his brother Colm said: “If Joe had a political failing, it was he was incapable of deceit. He was too honest. He was too good for politics really. He really was".

As is custom, a guard of honour of councillors was formed as Mr Crowley went to his final resting place at St Nicholas Cemetery in Adare

He is survived by his children Vivienne, Andrew and Hugh, wife Christine. He is also sadly missed by his loving sisters Martha and Cathy, brother Colm, brothers-in-law, sisters-in-law, nephews, nieces, extended family and friends.