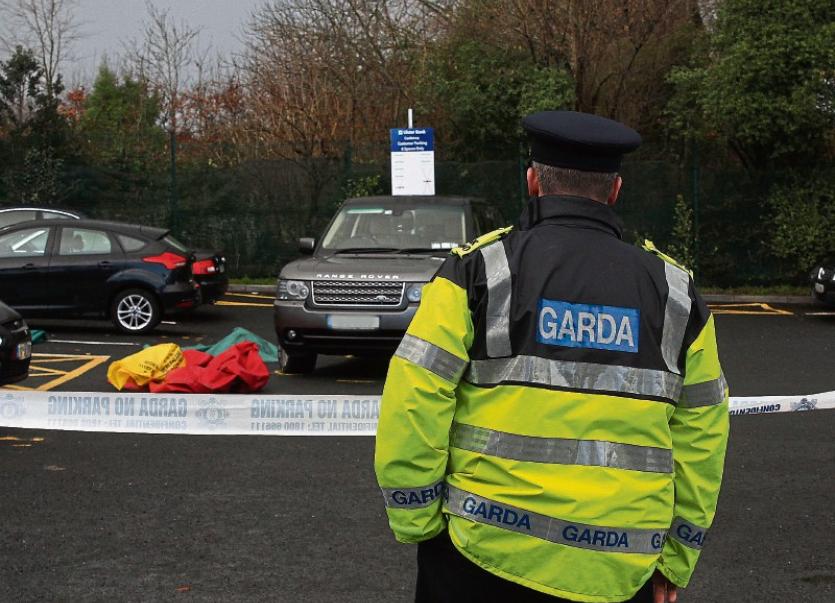 The scene of the fatal accident at Ulster Bank, Castletroy Picture: Michael Cowhey

GARDAI in Limerick are expected to speak with Steve Collins – the father of murder victim Roy Collins – later today following a fatal accident at Ulster Bank in Castletroy yesterday morning.

Investigations are continuing after an elderly woman died after she was struck in the car park of the bank by a Range Rover which was being driven by Mr Collins.

The pensioner, who has been named as retired postmistress Maura O’Brien from Dun an Oir, Milford Grange, Castletroy, was pronounced dead at the scene at around 11am.

It is understood the 89-year-old had been dropped off  at the bank a short time earlier by a relative who witnessed the accident.

While emergency services were quickly on the scene, Mrs O’Brien, who is survived by her four adult children, was pronounced dead a short time later.

Her body was removed to University Hospital Limerick where a post mortem examination was carried out yesterday evening.

The bank closed following the tragic incident and much of the car park remained sealed off for several hours as technical and forensic examinations were carried out by investigating gardai.

A number of witnesses have been spoken to by gardai and CCTV footage from area is also being viewed as part of the investigation.

While Steve Collins was not injured, he was treated for shock by medical personnel following the incident.

Mrs O’Brien, whose funeral mass will take place on Sunday afternoon, was the third person to die on Limerick Roads so far in 2016.

Five people died in road accidents in Limerick during all of 2015.

Gardai attached to Henry Street station are investigating all of the circumstances surrounding the fatal accident and they are appealing for anybody who was in the area at the time to contact them at (061) 212400.