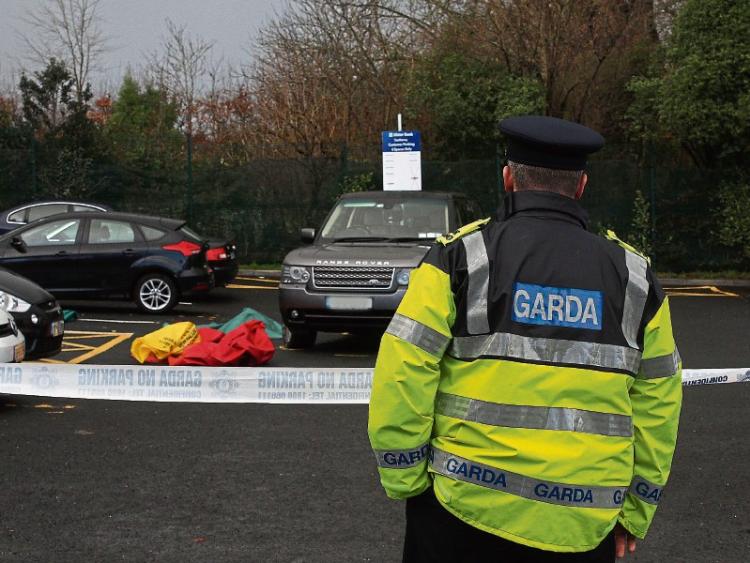 Gardai at the scene of this morning's accident [PICTURE: Michael Cowhey]

AN ELDERLY woman has died following a road accident on the outskirts of the city.

It is understood the woman, who was aged in her late 80s was knocked down while walking in the car park at Ulster Bank on the Dublin Road at around 10am.

Emergency services responded within minutes of the alarm being raised but she was pronounced dead at the scene.

It is expected a post mortem will be carried out on the woman’s body at University Hospital Limerick.

The driver of the SUV which hit the woman – a male in his late 50s – was treated for shock.

The area remains sealed off and gardai at Henry Street are investigating the circumstances of the accident and are appealing for witnesses to contact them at (061) 212400.