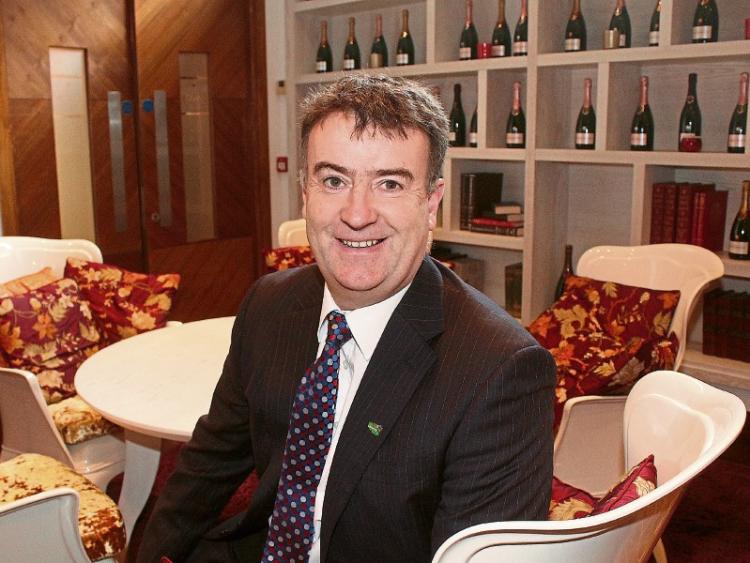 Councillor Joe Crowley, who sadly passed away this week

LIMERICK councillor Joe Crowley, who passed away suddenly this Monday, will be laid to rest in Adare on Thursday.

The popular Fianna Fail councillor, 54, died on Monday after collapsing in Drombanna while campaigning with Willie O’Dea. He was rushed to University Hospital Limerick at around 3pm but, despite efforts to resuscitate him, he was pronounced dead.

Mr Crowley, of Westfield Park, just off the North Circular Road, had been suffering from severe anaemia and internal bleeding, and had been forced to take an extended period of leave from work.

While he had not returned to his full-time job as a sales executive with Sky, Mr Crowley had started working as a councillor again – even attending this Monday morning’s monthly metropolitan meeting.

His colleagues on the council and across the entire political spectrum in Limerick have expressed their shock and dismay at the popular northside Fianna Fail member’s sudden and untimely passing.

The popular northside councillor will be laid to rest following a funeral Mass on Thursday morning, before which his colleagues will meet to pay their own respects to him at a special meeting of the council.

”He was a very strong public representative. It is just a shock to hear of someone of that age, with a family, and a wife, collapsing. It is a terrible piece of news, and puts into perspective what we have been focusing our attention on.”

Deeply saddened to learn of the death of Cllr. Joe Crowley my thoughts are with his family tonight a gentleman to his fingertips RIP

I'm saddened at the sudden death of our friend and colleague Cllr Joe Crowley. A true gentleman. Our thoughts & prayers go to his family.

Frankie Daly said: "Joe was one of the best, most honest, most decent men. I have had family members die and I have not felt this bad. He was a beautiful person. He would never say a bad word about anyone. I was only talking him yesterday, and we were coming up with ideas.”

Cllr Daly said one of these ideas was to put down a joint motion for the pair to afford Cllr Crowley’s beloved Na Piarsaigh a civic reception after they won the Munster Club Title recently.

Mayor of Limerick, Cllr Liam Galvin, Fine Gael, added: “I am devastated. He was just a gentleman, perhaps too much of a gentleman for politics. He was one of the the nicest men I have met in my political career. He will be a massive loss to the council chamber. He said very little, but what he said was good.”

Mr Crowley will be laid to rest following Requiem Mass Thursday morning at 11am in Our Lady of the Rosary Church at the Ennis Road, with burial afterwards in St Nicholas Cemetery, Adare.

He will be reposing at his home this Wednesday evening from 4pm to 8pm.

Mr Crowley is survived by his wife Christine and children Vivienne, Andrew and Hugh. He is sadly missed by his loving sisters Martha and Cathy, brother Colm, brothers-in-law, sisters in law, nephews, nieces, extended family and friends.