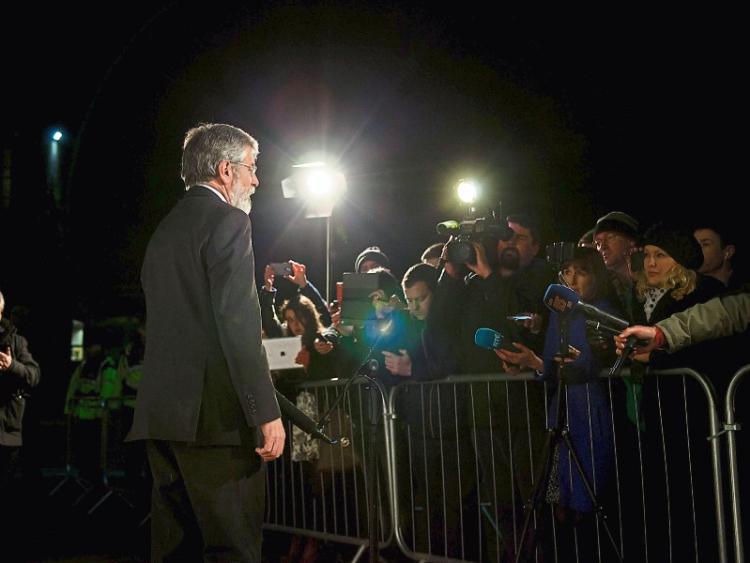 Gerry Adams arrives for the debate at the UCH and below, Taoiseach Enda Kenny Pictures: Sean Curtin

FOR the first time in 2016, the sun beats down on a Monday afternoon, brightening up Castletroy and highlighting the University of Limerick for what it is – a pretty remarkable campus.

By some divine act or by coincidence, it just so happens that the first leaders’ debate outside of Dublin will take place on said campus. Is this day of rare sunshine a sign that UL will be alight with activity later on when the party leaders assume their positions in the University Concert Hall?

You can look at it in two ways. Obviously, the presence of barriers surrounding the iconic Brown Thomas statue, the garda presence and RTE production teams dragging their equipment around the Foundation Building is hard to ignore for many.

It's sound check time in @UCHLimerick only hours to go before the leaders debate! @ClaireByrneLive #GE16 pic.twitter.com/P6u2Q6hGbH

But for some, namely students, it is just another Monday afternoon. If asked what is significant about today, they might answer: “It’s two Mondays away from Charity Week. What’s with all the barriers and security?”

Then they'd snapout of this temporary trance to get to their lecture on time, cross off another Monday and return home to hear dribs and drabs of some political thing that’s happening in the Concert Hall later on.

I stand outside the Glucksman Library, about as noticeable to the students as the barriers they walked by without a second thought. I try to hold up a few students and ask them what they think about The Leaders’ Debate, later being hosted by Claire Byrne in the UCH. It is a huge day for UL, a huge day for RTE and a huge day for the Government – as well as the various leaders themselves, seven in all.

Real sense in Limerick that this is a big occasion for the University #leadersdebate #GE16 pic.twitter.com/4E9uuuI9DQ

The response: shrugged shoulders, head scratching and pauses of uncertainty followed by a hurried departure to somewhere more important.

Fast forward to 8pm. The sun is gone but the campus is alive with security, journalists and photographers.

The sun has set. The hour draws near #Cblive pic.twitter.com/K3B9kgaQQh 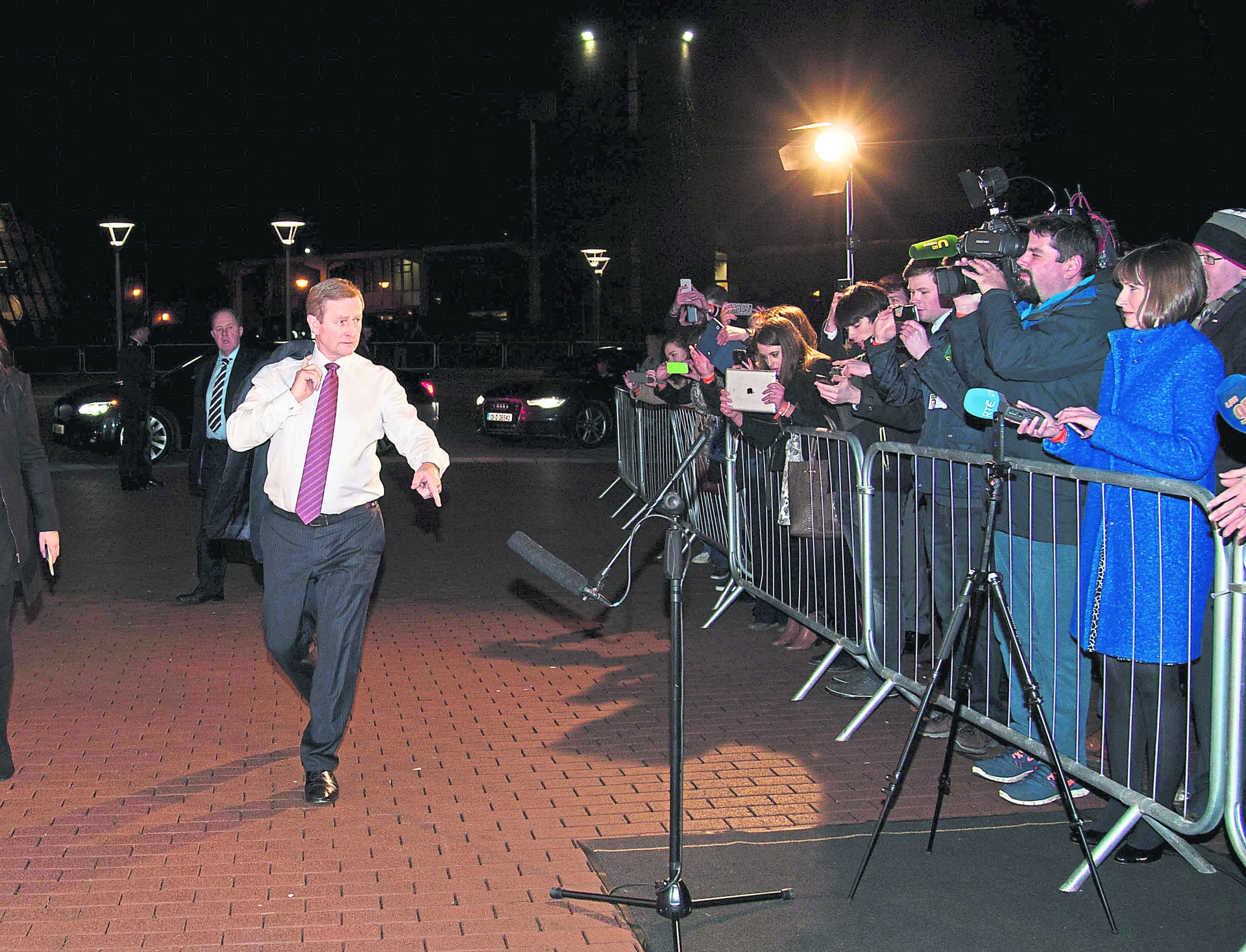 While there was no evidence to suggest that political students are nocturnal, there was a buzz around the Concert Hall nevertheless as they waited for the seven party leaders – Joan Burton, Gerry Adams, Richard Boyd Barrett, Michael Martin, Lucinda Creighton, Stephen Donnelly and Enda Kenny – to arrive.

Since the latest budget, there has been a collective feeling of ‘they-aren’t-doing anything-for-us-so-why-should-we-give-a-damn’ amongst students. This was perfectly illustrated as I saw sleepy students drag their Monday-struck selves across the UL campus - not even batting an eyelid or stopping for a double-take at the quite conspicuous preparation taking place for the historic event in their midst.

Perhaps some UL students paid more attention to the debate than they might normally have done, since it took place in their very own college. Might they have switched on RTE this Monday night just for the sake of seeing UL on national TV? Very possibly.

Claire Byrne not suffering those who are beating around the bush. Anchoring it well and asking good questions. #leadersdebate

Will there be an avalanche of students flooding the Glucksman Library fighting tooth and nail to collect as many books on Irish politics from the shelves? Doubtful.

Could there be an increase in 18-25-year-olds who vote in this general election? Let’s hope so.

- Gavin Spillane is a Journalism and New Media student at UL. He tweets at @GavSpillane.