A PSYCHOTHERAPIST said the two County Limerick men who recently reported a new sex scam perpetrated through Facebook are “amazingly brave and strong”.

“They should be commended,” said Claire Quinlivan, of Mid-West Counselling and Psychotherapy.

However, Ms Quinlan’s worry - and one that is shared by Inspector Luke Conlon - is how many more men are out there that have not made a complaint to gardai.

Two weeks ago the Limerick Leader reported on the scam which the acting superintendent of the Bruff garda district described as “insidious”. 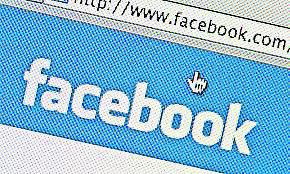 It begins with an attractive female, usually from Eastern Europe, sending a friend request to a Facebook user. The person accepts and they begin a relationship online. Webcams are used so they can see each other. Over time the liaison develops and becomes more intimate.

The woman then videos, over the internet, the male she has targeted in a state of undress or performing a sexual act. A message is then sent demanding a sum of money or the video will be posted on their Facebook page for all their friends and family to see. Once the first payment is received they often look for more money.

The scam emerged after the two individuals reported it to gardai in recent weeks.

Ms Quinlan said the consequences could very possibly manifest further down the line as post traumatic stress and affect their mental health.

“It is an incredibly violent threat to threaten somebody with that. They might as well be threatening them with a hammer. The aim is to destroy. When you are talking about something as deeply intimate as showing a sexual act online or showing pictures you are looking at really exposing people at their most vulnerable.

“We all have a sense of borders, propriety, modesty and to threaten to expose that is really a very violent act,” said Ms Quinlan, who has offices in South Circular Road and Clarina.

But as well as the blackmail there is also another side that has to be considered - the sense of loss after someone you cared about tricked you.

“This is a betrayal by somebody with whom these gentlemen have been very close to. As far as they are concerned they are in a relationship.

“We are looking at people who are being not only exposed but also being very fundamentally betrayed. You are going to have a huge sense of personal loss.

“These men have lost their partner, what they thought was a girlfriend, maybe with whom they were planning a future with and that’s all gone.

“The sense of embarrassment or naivety is incredibly difficult to bear when they won’t have anyone to share it with. This isn’t something you are going to take to the pub and brag to your friends about.

Their trust and their faith has to be absolutely shattered. What those guys have done by reporting it is fantastic,” said Ms Quinlan.

Like Insp Conlon, Ms Quinlan says anybody who falls victim of this scam in completely innocent.

“Absolutely, you have some beautiful woman telling you all the things you want to hear - isn’t that how any one of us falls in love?

“The first thing to really recognise is this is a well-oiled, professional scam. They are systematic and organised. Any one of us could have fallen victim to it. This is nothing to do with the gentlemen in question and everything to do with the nefarious and insidious designs of this organisation,” said Ms Quinlan.

However, while everything she says is true it can’t be easy to reconcile that in the affected person’s mind. The psychologist says when people are exploited at their most vulnerable it can lead to “self deprecating internal monologues”.

“People’s whole internal criticism could run rampant, that whole mantra of ‘I am such an eejit, what have I done, how could I have been that stupid, she was far too beautiful for me, she was out of my league’ - all of those highly negative thought patterns.

“I would suggest you are looking at a real possibility at a minimum of depression. It is such a violent thing to threaten a person with the destruction of their social standing, mockery amongst your friends, alienation by your family - it is dreadful.

“Their self esteem may not be where it ought to be, they may not be seeing their own self worth. When you get your heart stamped on like this or you get this horrific embarrassment put on you and you are made feel like a fool it would not be a stretch to think that somebody might have very low thoughts and potentially suicidal ideation.

“The thing to remember is that suicide is a terribly, terribly permanent solution to what is always a transient problem,” said Ms Quinlan, who stresses that if you have been a victim of this scam and are experiencing those feelings to talk to somebody.

“It is not as bad as they think it is, it is a transient problem. I would really advocate them going in confidence to the gardai first of all. I have found personally from my own client base that Limerick gardai are very good.

“You can pick up the phone to the Samaritans or call me - I would be delighted to hear from anybody in this situation.

“Talking about these things with somebody, who is completely neutral, really can put it into context. It can lift people out of that sense of dire straits.

”I would hate for any of my male friends to walk around with this on their backs. If you could take some of it from them you would do it in a heartbeat,” concluded Ms Quinlan.

If you have been affected by this article and are coping with issues around mental health, depression, self-harm and suicide you can contact the Samaritans (116 123), Console (1800 201 890) Aware (1890 303 302) St Patrick’s Mental Health Services support and information line (01 2493333) or contact Ms Quinlan by logging on to http://limerick-counselling.ie