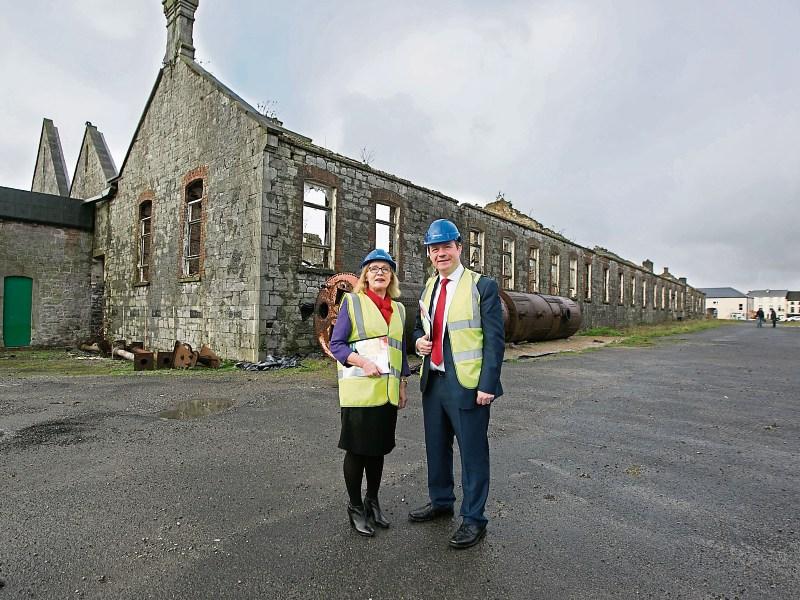 EDUCATION Minister Jan O’Sullivan has said Limerick will get 700 homes as part of a €57m investment if Labour returns to power.

But Sinn Fein general election candidate Cllr Maurice Quinlivan says the party “cannot be trusted to deliver” on these promises.

Ms O’Sullivan was at the former Tait’s clothing factory in Lord Edward Street, where construction of social housing is to take place, with Environment Minister Alan Kelly to launch Labour’s housing policy.

Ms O’Sullivan said: “For the first time in more than a decade local authorities have the resources to build homes in significant numbers. Also, Labour’s policy gives the not-for-profit sector an important role in housing delivery and management. This investment is already paying dividends.”

She said Labour’s plan will see delivery by 2017.

”This is in addition to the houses that will be built or refurbished under the regeneration programme.Labour has provided the resources necessary to revive the social housing sector – the challenge now is to ensure delivery,” the Education Minister added.

She also pledged Labour will increase the number of affordable homes, ensure more rental properties are available “and relieve the bottleneck that impacts across all areas of housing.”

To achieve this, the party will provide support to allow local authorities to “frontload” part five contributions which compel private developers to make 17.5% of any development social housing, plus a land development tax to “prevent the hoarding and speculation in zoned land”.

However, Ms O’Sullivan’s election rival, Cllr Quinlivan said: “Despite holding the Ministry responsible for housing for two years now, the Labour Party and Alan Kelly have continued to tow the Fine Gael line. They have implemented policy that has only exacerbated the housing crisis. It is policy that has led to the ballooning of social housing waiting lists in Limerick, increased homelessness, evictions, soaring rents and thousands of families in mortgage distress.”