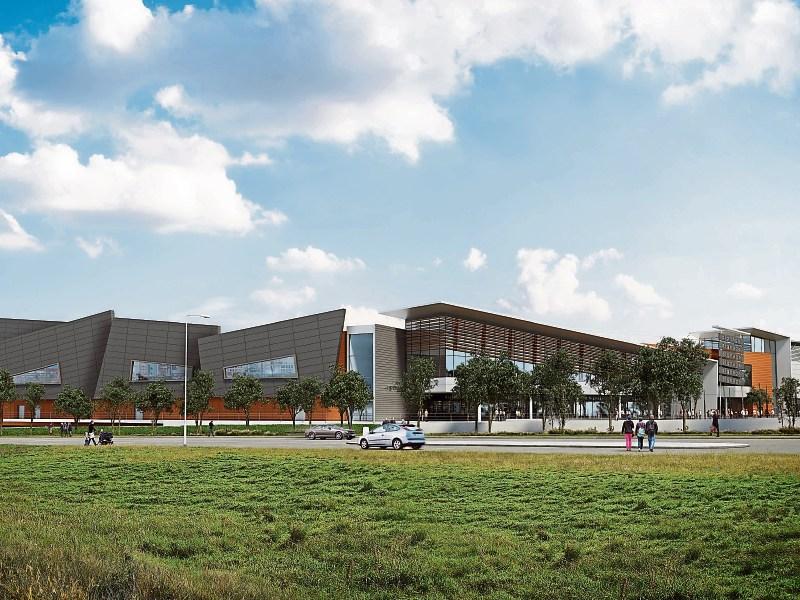 Plans for the Horizon Mall development

THE Construction Industry Federation has cast severe doubts on whether the €100m Horizon Mall shopping centre could be completed within seven months – as set out by a recent High Court ruling.

Conor O’Connell, regional director of the CIF, told the Limerick Leader that it would be “extremely difficult” to build a development of that size – some 63,000 m2 and nearly twice the size of the Crescent Shopping Centre – within that deadline.

“It could prove to be a very difficult site, because it’s partially constructed and what has been built has been exposed to the elements for some time, so there are a lot of unknowns. Normally projects of that scale would take 12 to 18 months to complete, but that would be critical on the design aspect. It would be impossible for me to give an exact timescale without knowing all the particulars, such as the design and the materials they would use,” he said.

Mr O’Connell said the the CIF is “very conscious that under the 2030 plan, regeneration should take place in the city centre, especially in terms of office and commercial developments.

He said he has “no doubts” that the Opera centre site will be built, as well as the Hanging Gardens site on Henry Street.

“I’ve been in Limerick for the past 15 years, and within the past six to nine months there have been a lot of positives, with announcements from Uber, Regeneron, Northern Trust. Limerick is the focus of significant inward investment, and housing affordability here is a critical factor in that for investors.

“The housing supply is tight, but it is still very affordable and Limerick will take advantage of that. All that’s needed now is the M20, to connect Limerick, Cork and Galway along the Atlantic corridor. It’s crazy it hasn’t been built by now,” he said.

Belfast-based developer Suneil Sharma has said that the High Court’s ruling over the Horizon Mall development has “vindicated” his position – but he has refused to clarify whether the mammoth shopping centre can be built in time. He said he will issue a press release in the coming weeks regarding his intentions.

In a judicial review hearing at the High Court, Ms Justice Caroline Costello refused the appeal by two parties against the granting of planning permission by An Bord Pleanala in April 2015. That action was taken by two companies associated with the Crescent Shopping Centre.

If built, the shopping centre on the Dublin Road – which would include the first Marks & Spencer outlet in Limerick and its largest store outside of Dublin – would supercede the Crescent in size.

The Crescent has approximately 32,000 m2 of retail space, with approximately 90 retail tenants. By contrast, the Horizon Mall – formerly known as Parkway Valley – would be nearly double its size, at over 63,000 m2, on a site of over eight hectares.

While refusing the appeal, the High Court upheld one of the conditions of the extant permission granted by the then Limerick County Council – that the development be completed by this August 14.

The applicants argued that Mr Sharma’s revisions to the plans should have been treated as a stand-alone new application because he sought an extension of five years to complete the development.

They argued that this was inconsistent with an application to amend existing planning applications. Both parties have 21 days to appeal the ruling.

Speaking to the Limerick Leader, Mr Sharma welcomed the ruling, in the 74-page report, saying it vindicated his position.

But he would not comment on whether he’d be appealing the ruling, to argue for extra time, or whether he’ll be able to complete the development within the time remaining.

During the hearing at the High Court last year, senior counsel Eamon Galligan, acting on behalf of Mr Sharma and his company, Regional Retail Property Development and Trading Ltd, urged the court to recognise that over €35m has been invested in the project - excluding land costs - to date. Mr Sharma acquired the partially built development from Liam Carroll’s Zoe company in 2011.

“The commercial viability of the company is dependent on securing planning permission, finance to develop the shopping centre and secure tenants to generate future cashflows. The directors believe that this is achievable in the long term.”

The plans for the site were granted planning permission on six successive occasions by the former Limerick County Council, dating back to July 2004, but later objected to and refused by the recently amalgamated Limerick City and County Council, when Mr Sharma sought to amend his plans.

While An Bord Pleanala allowed it to go ahead, they set a deadline of August 2016 for completion - the same deadline previously set out by Limerick County Council.

The revised plans by Mr Sharma saw a decrease in the gross floor area, but an increase in the retail area, to make it “more commercially viable and to facilitate the completion of the development.”

But senior counsel for the Crescent shopping centre, Garrett Simons, instructed by Arthur Cox, argued that the revised plans for the site should have been submitted as a standalone new application, rather than revisions to an existing planning permission.

The revised plans - down from 73,142 metres squared to 63,712 metres squared – were to include two major anchor tenants, as well as 37 smaller outlets, down from 75 units previously. However, much doubt has been cast that a development of that size could be completed in seven months.

The High Court’s summary notes that “due to the severe economic turmoil commencing in 2008, development on the site ceased in 2009, by which stage approximately €35m