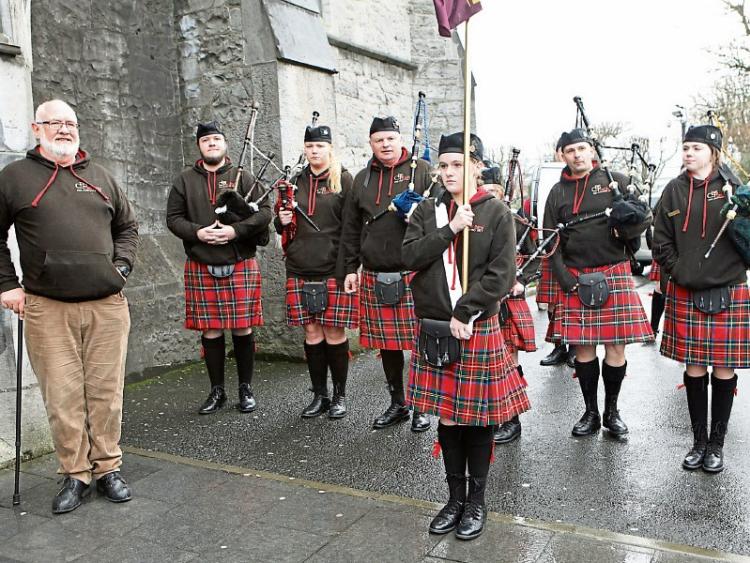 MANY men who hadn’t seen the inside of a classroom for half a century or more went back to school on Sunday as the Christian Brothers marked 200 years in Limerick.

“We had some old registers and rolls out and as you can imagine they were retelling stories of their experiences here in the Fifties and Sixties,” said Mr Hanley. The cathedral was full to capacity with pupils doing their school proud by playing music and singing. St John’s choir and Garyowen Comhaltas also helped mark the special date.

On the Sexton Street campus alone over 800 pupils attend three schools. And Mr Hanley is quick to stress the anniversary was not them sounding the “deathknell”. “There are many schools run under Edmund Rice Schools Trust (ERST). On the day we were looking to the future as well and it is very bright,” said Mr Hanley.

“We can be grateful for the myriad works of mercy, both seen and unseen, that have marked the CBS schools in Limerick over the past two centuries,” said the bishop.

In 1816, the then Bishop of Limerick invited three Christian Brothers who had followed Edmund Rice’s inspirational leadership to come to Limerick. When Aloysius Kelly, Francis Grace and Austin Dunphy arrived in the city they found a Limerick deep in the grip of poverty. Out of a population of 45,000, approximately 17,000 over the age of five were illiterate.

“The monks had to start from scratch and make their own way as nothing had been arranged for them. But the people quickly responded to their untiring efforts and contributed what they could when the trio went door to door begging for help.

“Two businessmen, James Ryan and Francis Mahone also responded generously and within six months 648 students were enrolled. The miraculous history of the Christian Brother schools in Limerick city and county had begun,” said Bishop Leahy. He continued: “Pope Francis has remarked that education is a ‘key, key, key mission’ of the Church. The Christian Brothers schools have contributed enormously to education in this city and county.

“It is right that we express gratitude before God and to the Brothers, teachers and staff for their zeal through the years.”

Bishop Leahy pointed out that in addition to the academic endeavours, it was probably impossible to calculate how many hurling and football games had been played on the sports fields of the CBS schools.

“Many today will remember the Sexton Street school as a launch pad for their chosen career with special recognition for those who have received JP McManus Awards.

“It is great to know that over the years a few also went on to accept a vocation to the priesthood and the religious life. It is wonderful that so many of them have joined us here today.”

Bishop Leahy also acknowledged that all was not perfect in Christian Brothers’ schools over the years.

“There are dark aspects to be found within the Christian Brothers schools’ collective memory. The limits of certain methods and systems and the failings and sinfulness of individual characters need to be humbly admitted and confessed. And yet, as Limerick author and former Christian Brothers’ boy, Criostoir O’Flynn reminds us in his memoir, we can also recognise ‘the self-sacrificing lives’ of so many brothers, lay teachers and staff of the Christian Brother Schools.”