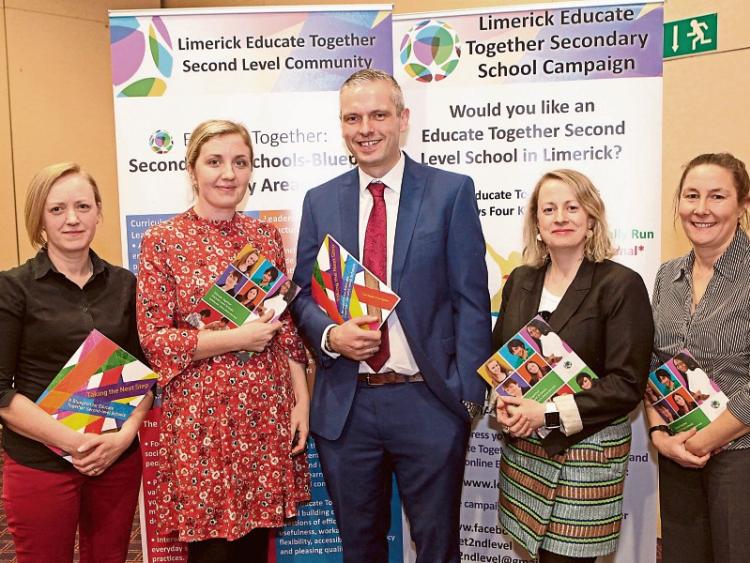 AN Educate Together (ET) secondary school in Limerick could lead to students experiencing fewer difficulties at third level.

That’s according to Dr AnnMarie Ryan, of the Kemmy Business School, who was speaking at a public meeting designed to gauge public interest in the setting up of an ET school at the new 600-pupil facility planned for the Mungret College site.

More than 150 people were at the South Court Hotel for the public meeting, which heard from parents of children of Limerick’s two ET primary schools, and Gerard O’Leary, the principal of Celbridge Community School, one of only four secondary schools with the ET ethos in Ireland.

ET schools are unique in that children are accepted regardless of religious beliefs.

Decisions are sought democratically, with teachers, students and parents' views all carrying an equal weight.

Dr Ryan said: “Curiosity is the most important attribute you could have rather than memory. We have first years who have great difficulty in coping and having to give up, or change courses as they have chosen them for the wrong reason.

It makes me really hopeful there are these kinds of projects out there, and I feel it will make a real difference when it comes to them engaging well at third level.”

There were also calls at the meeting for more people to get involved in the campaign committee, with hopes that ET can be awarded patronage of both new schools, in Mungret and Castletroy.