Election posters in Limerick 'cause near-crash'

POSTERS STOP TRAFFIC: 'I COULD HAVE KILLED A PEDESTRIAN' 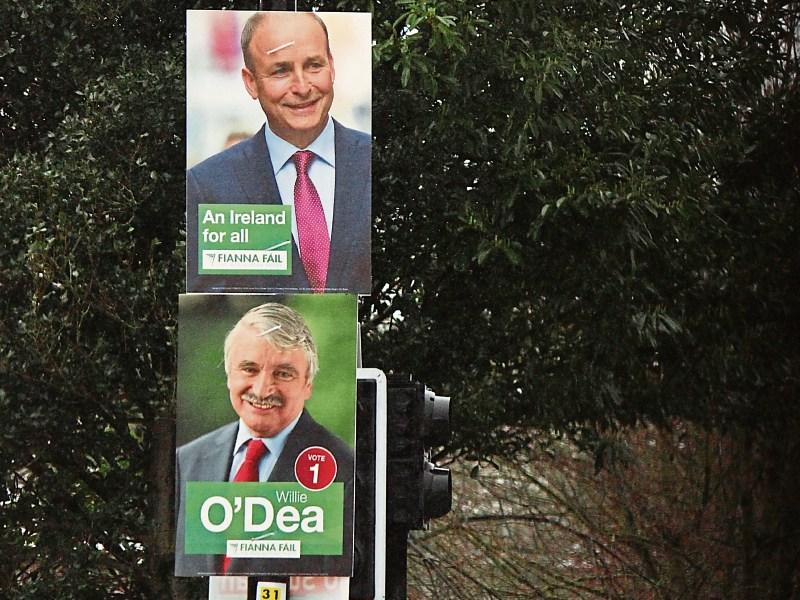 The election posters, which appear to partly obscure traffic lights on Mulgrave Street

ELECTION posters have long been regarded as a visual blight on the landscape, but a local woman believes they are also hazardous to road users and could be potentially fatal.

Nora Hayes, of O’Connell Avenue, said that she was driving along Mulgrave Street recently when she approached a pedestrian crossing and a set of traffic lights.

However, she said suddenly a man walked out in front of her car, which surprised her as she could not see any red light alerting her to stop. After driving closer to the crossing, she found that the traffic lights were obscured by posters from two Fianna Fail candidates – local deputy Willie O’Dea, and party leader Michael Martin.

”I just found it ridiculous. I don’t care which party is behind the posters, but they are becoming a public safety hazard and are potentially dangerous.

“Thankfully I was a good distance away from the pedestrian crossing, but I could have knocked him down. What if he was seriously injured or killed?” she asked.

The pictures, seen from a couple of angles, show how the lights can be obscured by the posters. Deputy O’Dea said: “I don’t personally put the posters up myself, but I’ll get someone down there straight away to look at it. The storm has also had an impact on the placement of posters across the city, so they all need to be secured.”

Under the Road Traffic Act 1961, it is an offence to erect a sign that is capable of being confused with a traffic sign or makes a traffic sign less visible to road users or obstructs the view of public road users so as to render the road dangerous to them.

Under the Roads Act 1993, the local authority has power to take immediate action to reduce or remove any structure that presents an immediate and serious hazard to persons using the public road. It will also be an offence to leave posters up after March 4.