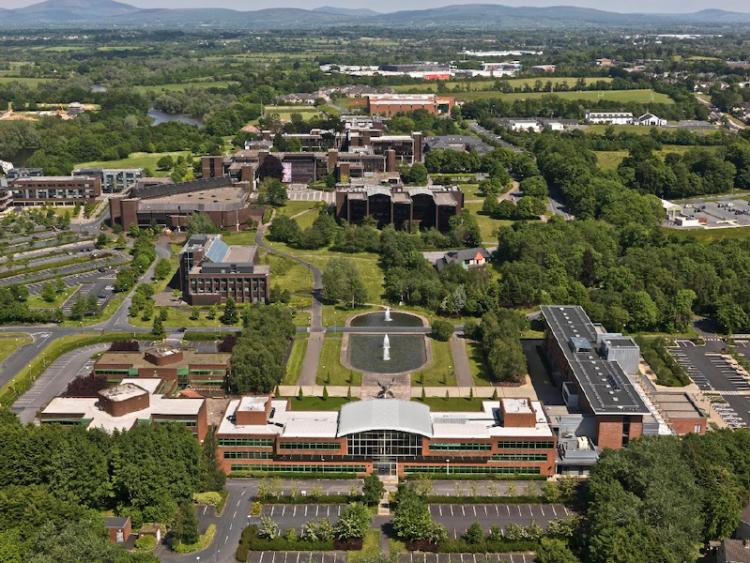 THE three whistleblowers who spoke out regarding irregular financial practices at the University of Limerick - as first revealed by the Limerick Leader last September - have been "totally vindicated" by the findings of a report commissioned by the Higher Education Authority, according to two local TDs.

The report states that instances of irregular claims by staff occurred in the university, and the Higher Education Authority (HEA) has now expressed concerns "that there may have been, or may still be, a culture in the university of inappropriate claims being made, until challenged”.

However, it adds that this view was "strongly rejected by the university". In a statement, UL said it "welcomes the fact that the report is consistent with the university's position that no financial mismanagement or wrongdoing took place".

UL said it would be seeking clarification from the HEA on certain aspects of the authority's response, in particular the suggestion by the HEA that a culture of inappropriate expense claims may have existed or may still exist. UL said it regarded this suggestion as "offensive to past and present staff of the university".

When the Leader reported the story, UL issued High Court proceedings against the paper and its editor, Alan English. UL said it had been left with no choice but to sue when the Leader refused to retract the allegations and issue an apology.

The Leader story stated that both employees had been offered severance packages amounting to two years' salary, or nearly €60,000 each, in return for the termination of their employment, and the signing of confidentiality agreements. The UL offer also stated that they would be obliged to withdraw the complaint they made under the 2014 Protected Disclosures Act.

This severance agreement, which was drafted by Dublin solicitors Arthur Cox, is not mentioned in the 42-page report by Mazars, and neither is it addressed in the statement issued by UL today.

Fianna Fail TD Niall Collins said legal action against the Limerick Leader and its editor should now be dropped, while Deputy Willie O'Dea said the two complainants who have been suspended should be reinstated in their positions, given the report's findings.

"Given comments of the HEA following receipt of the Mazars report is very clear that the actions of the whistleblowers have been totally vindicated. The HEA have acknowledged quite clearly that the whistleblowers' concerns were both merited and genuine and furthermore that UL's handling of these was totally inadequate," Deputy Collins told the Leader.

There was no reference in the UL statement to the university's legal actions. Nor is there any reference to the employment status of the two suspended whistleblowers.

Deputy O'Dea also said the whistleblowers had been "completely vindicated".

"I am very happy for the women, because they have been vindicated, and they were branded as troublemakers. That view has been found to be completely and totally wrong. As far as I am concerned they are 100% vindicated, and I think the Limerick Leader is 100% vindicated for bringing this to public attention."

"Why is there such a culture of resistance in UL if someone makes a complaint and an automatic assumption that they were a troublemaker, or someone with a vendetta against management or the university? Those are bigger questions that have to be raised and have to be asked in the Dail," he added.

The Minister for Education, Jan O'Sullivan, said: "I welcome the report, and for the people who did come forward, it certainly does establish that they were of merit and it was appropriate that they brought their concerns forward. The HEA will be working closely with UL to ensure that any poor practices or lack of procedures are identified and addressed. I think that will be a positive for UL in the longer term."

Welcoming the report, one of the whistleblowers told the Leader today: "We never wanted to harm the university and it's reputation, we just tried to do what was right. Even though this has been the most horrible time, my hope is that it will somehow make me a better person and change UL for the better, so that other people don't have to go through what we went through. We just want the truth to finally be told and for lessons to be learned from this."

A second whistleblower added: "I wouldn't have wished this on my worst enemy. I got 18 sessions of counselling in 18 months to help get me through this. The review was unnecessary in one sense - UL should have listened to us. We were hands on in our jobs, we knew what was right and what was wrong. We would never had gone through half of what we went through if they had just sat us down and said 'What's wrong? How can we help?' We used to love going in to work."

Limerick Leader editor Alan English said: "In reporting this story, we were extremely mindful of the human cost involved to the whistleblowers. We have stressed from the very beginning that we all believe that UL has brought great pride to the people of Limerick throughout its history, but as a newspaper we have a responsibility to hold public institutions to account. We believe the Leader's decision to highlight these matters so prominently has now been entirely vindicated."

The review by independent consultants Mazars establishes that irregular claims were appropriately identified and challenged at the time by the staff, namely Persons A, B and C in the finance department.

It also shows that the instances were ultimately appropriately dealt with by the university and that the university did follow the correct formal processes and put appropriate actions, policies and procedures in place in response where needed.

While the review team conducted extensive interviews with the whistleblowers and examined documentation provided by them, the report by Mazars also relied on the university's own internal inquiry process in respect of the financial allegations raised by the whistleblowers, which established five recommendations for improvement.

Mazars stated that "adequate evidence is available to support the inquiry process followed by the university and further noted the independence of that process".

The complainants raised concerns regarding a number of financial practices, including in the areas of expenses, and their treatment by senior management and human resources as a result of highlighting concerns.

The report has been welcomed by the three complainants who brought these issues to public attention, as well as the two deputies who raised concerns regarding the treatment of these employees in the Dail.

The women - all staff and former staff of UL's finance department - have now been praised by the HEA for the "public service" they have helped to achieve, "in bringing these matters to attention".

In light of the report, which contains more than a dozen action points for UL to address, the HEA has also expressed its concerns in relation to a number matters raised.

Among the action points is that an investigation should take place, within the shortest possible time-frame, into "whether financial issues identified are indicative of wider practices within the institution when any such issues are raised".

"The report instances the difficulty in establishing the facts around the alleged refusal of more senior staff to sign off or give direction to Person A in particular but also to Persons B and C in circumstances where their requests for such direction appears not only reasonable but reflected a very responsible approach to claims where a doubt arose.

"The HEA is not satisfied by the response of the University that as all the people directly involved are now unavailable the matter cannot be more fully examined and determined.

"On a more general level, the HEA has a concern at the absence of policies in relation to key financial transactions at the time that they occurred in UL (while noting that the situation has been addressed in the meantime); the weaknesses identified, and acknowledged by the university, in areas including sabbatical expenses, procurement of equipment, travel and subsistence; failures in the management approach to, and application of, HR policies around management of the absence of Persons A, B and C, and the processes relating to return to work of staff on sick leave."

UL's decision to take legal action against the Leader was heavily criticised by Seamus Dooley, Irish secretary of the National Union of Journalists (NUJ) and a number of politicians, who stated that the university could have aired its grievance through other avenues, such as the Press Council and Press Ombudsman.

Deputies Collins and O'Dea raised the matter in the Dail, urging that a review be undertaken of the allegations raised.

The HEA also thanked Mazars for their "thorough and forensic approach" to the review into the processes employed by UL to inquire into allegations made by Persons A, B and C.

Person A has since left UL, after bringing her concerns to the Public Accounts Committee in 2012. Those concerns were only made public last year.

Persons B and C remain suspended by UL and are not allowed on campus as part of their suspension, unless they receive written permission. They were both suspended in June 2015.