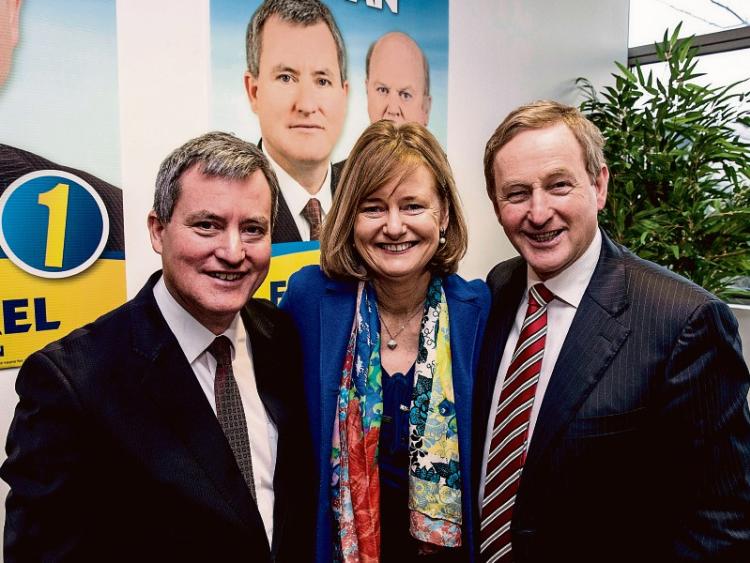 THE BANKING inquiry interviewed 131 witnesses and sat for 106 public and private meeting days in under a year. There for every person and session was Limerick deputy Kieran O’Donnell – one of 11 TDs on the committee.

The report into the banking crisis that brought to the country to its knees was published last week. The following day, he gave the Leader an insight into the whole process and its recommendations. As a chartered accountant, number crunching wasn’t a problem for him but one criticism of the inquiry was that the interviewers, naturally, wouldn’t have the skills of a legal professional.

“My work in the Public Accounts Committee (PAC) prepared me for the type of questions we needed. You could make the point that under the legislation the questioning was very restrictive.

“It would have been been different if you could do the style of questioning that you could do in the PAC. You couldn’t express an opinion. It was very legally driven. These are probably issues that need to be looked at in terms of any further inquiry and certainly the legislation needs to be reviewed.

“Obviously there has to be fairness and balance but I feel some witnesses exploited this to prevent them from being held to account. It was tilted more towards the witness than the investigator. There were areas we were restricted in going in terms of legal counsel,” said Mr O’Donnell.

He said former Taoiseach Bertie Ahern gave a “typical Bertie Ahern performance”. While he said Mr Ahern’s successor Brian Cowen had the opportunity to pull back back on the tax incentives when he came in as Minister for Finance.

“He allowed them to roll onto 2008. He obviously was pushing his own position. I would have liked if both of them were a lot more forthcoming - in particular Bertie.”

“Looking at the findings - the level of salaries top bankers were on was astronomical. In one year one of the bankers earned over €3m, for the ordinary person to see that…”

The nephew of former Minister Tom O’Donnell said two of the most informative hearings - for different reasons - was the former secretary general at the Department of Finance, Kevin Cardiff and ex-financial regulator, Patrick Neary.

“Mr Cardiff was a very comprehensive witness. He shed a lot of new light on the guarantee and the bail-out period. I found Mr Neary, in terms of the regulator’s dealings with the banks was very, very arm’s length and very loose. That shocked me. You heard it all in public. I would have asked him a direct question – ‘If the banks breached guidelines were they aware?’

“What came out of it was the banks’ felt they could push the regulator without consequence,” said Mr O’Donnell. It is a myth that “everybody partied” during the Celtic Tiger, he said.

“I never agreed with that sentiment because when it came down to it we found in the inquiry that the main reason the taxpayers ended up having to put money into the banks was because of their dabbling in terms of lending for commercial real estate.

“How we saw that was when the loans were taken over by Nama from the banks they paid €32 billion for the loans. They were loans worth around €74 billion - a €42 billion write-off which would have been on the banks’ balance sheets.

“Eighty three per cent of the loans taken over were in commercial real estate. I think what has really come out of the inquiry is a small number of individuals gave out incredible loans.

“Gambles were taken by the banks in terms of extending commercial real estate property lending based on diversifying in geographical areas around the world. But prices tumbled everywhere.

“That was a grossly inadequate measurement and misjudgment of risk. These were the so-called experts in the field and it was the ordinary citizen that ended up bailing out the banks. We have to ensure that never happens again.”

“The ordinary person was trying to buy a house while prices were going out of control. They were trying to get a home which in a lot of cases they couldn’t afford.

“They suddenly found that the price of property dropped a lot. Some may have lost their jobs, they couldn’t afford to pay mortgages and they suffered. It put paid to the myth everybody partied. The ordinary person struggled, the big boys partied.”

The late Minister of Finance Brian Lenihan was a big loss.

“He was a very decent man. Various witnesses said that Brian Lenihan was overruled by Brian Cowen on the night of the guarantee. It would have been nice to hear that firsthand.”

Now that the report is published Mr O’Donnell says, in contrast to some, it was worthwhile doing and will stand the test of time.

“I would have liked to have had it earlier. As a group we worked very well including the two members who didn’t sign the report. We put in incredible hours and it was a privilege to do so in the public interest.” The fact that the hearings were held in public allowed the public to see witnesses’ body language as they were questioned in real time.

“That was important and the transcripts will be there for all time. The key thing that was new for me was it was a commercial real estate crisis for the banks not a residential one. It was a residential one for the ordinary citizen.

“There is €30 billion gone into Anglo Irish Bank they will never see a red cent for - the other banks yes. If you look at Anglo, the loan books of banks in Ireland went up by 275% between 2000 and 2008 and Anglo went up by 800%, and virtually all their lending was commercial.”

Mr O’Donnell says the main recommendations are that salaries of bankers will have to be reviewed on medium term performance and management of risk must be the responsibility of the boards.

A commercial real estate price register to be maintained to ensure prices don’t go out of control. An independent body to proof the manifestos of parties.

The bottom line, Mr O’Donnell says is the report lays the foundation through recommended systems and controls so that the taxpayer is “never exposed” to pumping €64 billion into the banks to bail them out again.

”The ordinary citizen had noth-ing to do with this crisis and yet they ended up paying for it. The enquiry has shed light on that.”