Limerick councillor: 'I was a few hours from death'

Health:  'Men should get checked out' 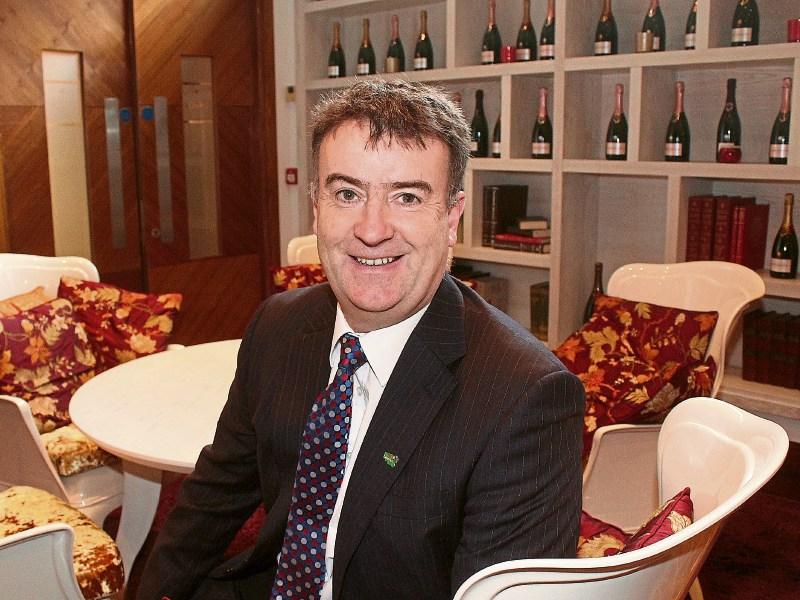 Cllr Joe Crowley, pictured at the Savoy Hotel. He is looking up after what he described as a ‘challenging year’. Health problems stopped him working for six months

CITY North councillor Joe Crowley has spoken out about his illness which left him out of action for six months – and considering his political future.

Father of three Cllr Crowley, who lives near the North Circular Road, achieved a decade -long dream in 2014 when he was elected to Limerick City and County Council.

But just one year later, as his term as deputy mayor was coming to a close,  he was told he had severe anaemia and internal bleeding, with the levels of blood in his body falling to just four units.

His doctor warning the councillor he could have been dead within a few hours, without treatment.

To put this in context, the healthy number of blood units one should have is 17 units – and any number below ten is considered anaemic.

It is only now he is considering returning to his full time job as a sales executive for Sky television.

He has chosen to speak to the Limerick Leader to encourage other men his age to get checked out.

Indeed, Cllr Crowley said it was only on the advice of colleagues, who said he “looked at death’s door”, that he was checked out.

He had complained to them that he struggled with the walk to work. Taking up the story, the Fianna Fail member said: “I was on a very careful diet, watching my red meat intake, and I was not drinking. I probably lost a lot of weight far too quickly.

“ I think the pressure of what I do at work, which was standing an awful lot, put a lot of pressure on my back. Also being a councillor. Maybe I got stressed. I eventually went to the doctor. My heart was pounding, I had a pounding headache for four days. The doctor took one look at me and rushed me to hospital straight away.”

When he arrived at University Hospital Limerick, Cllr Crowley said he had to have four blood transfusions.

“I found out subsequently that [doctors] reckoned I had burnt two holes in my duodenum which I had been feeding from. I was told I had four units of blood left in my body, and the pounding I felt was the heart looking for flood. My doctor said I would have been dead within hours, as my heart had stopped,” he explained.

Cllr Crowley said in the aftermath of the operation, he was ordered to stay in bed by his wife Christine, and admits he felt he was not even strong enough to “cut a slice of bread”.

”I just felt the power go from me,” Cllr Crowley admitted.

But what upset him the most was the look on his children’s face visiting him in hospital after the operation.

“My wife Christine was fantastic. When I came back home, she nursed me for weeks and weeks,” he said.

His eldest child Vivienne, 23, also returned home from Cork to support him.

After Cllr Crowley was admitted to hospital, he ceased all work as a councillor in order to rest and recuperate – only returning to meetings just before Christmas.

He admits he found his job with Sky and his work as a public representative hard to juggle, something he blames his anaemia on, due to the fact he was often missing meals or eating and drinking at anti-social  hours.

Prior to this, he feels he has had to make professional sacrifices – and does not feel councillors are rewarded highly enough with this in mind.

He explained: “I was coming out with €303 a fortnight. That is not mega-money. It's not money you do it for. But at the end of the day, you feel you have to have something. You often don't feel appreciated.”

Having come through what he described as “a challenging year”, Cllr Crowley says he now looks at things differently.

”I prioritise things differently. I had a long time lying in bed. Under doctors orders, and those of my wife, I was told, it was time for myself now.

In fairness, what I have come to realise is I have four priorities in my life: Vivienne, Andrew, Hugh and Christine and what I can bring to the table for them,” he concluded.