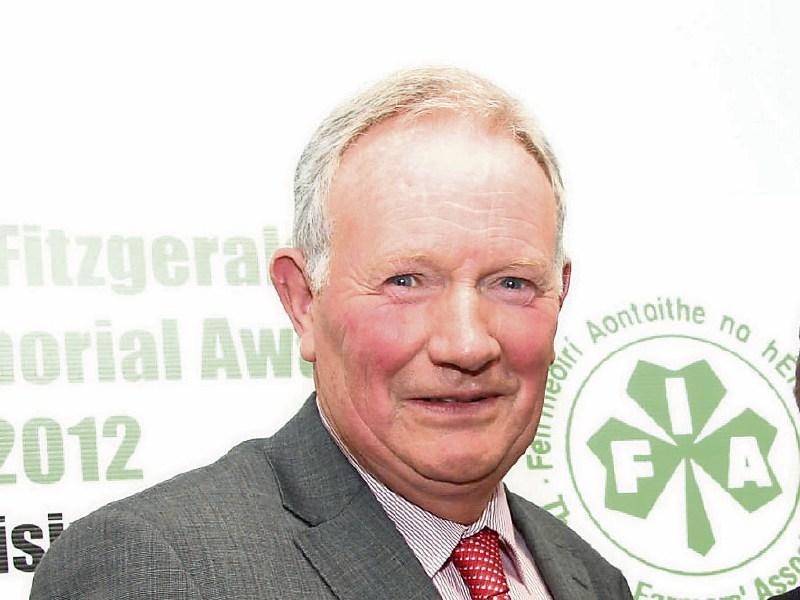 Richard Kennedy, Clarina, lodged his papers at IFA headquarters in Dublin on Tuesday

THERE IS more than one election taking place over the coming weeks as a Limerickman is now in the running for the role of IFA deputy president.

Richard Kennedy, Clarina, lodged his papers at IFA headquarters in Dublin on Tuesday ahead of Wednesday’s deadline.

After the Limerick Leader revealed he was running in mid-January the former national dairy chairman immediately got the support of the county executive. He then secured the nomination of five more county chairman to be able to enter the race.

The IFA has been rudderless at the top level since revelations that former general secretary Pat Smith was paid almost €3.5 million during his seven-year tenure at the organisation. Resignation followed resignation and Mr Kennedy’s aim is to try and “get back the trust, credibility and stability into IFA”.

“That is what I am standing for. What really got me to run was the fact so many people said they were going cutting their levies or cutting their membership and I don’t think that is an option because the IFA is too important to farmers to just walk away from it. I think we just get in there, fix the problem and get going again.

“There has to be a big change in the governance of the organisation and the procedures but we will get that right. I want to be in the room when the decisions are made,” said Mr Kennedy, who is the current chairman of Limerick Show.

His next step is to surround himself with a local campaign committee as he prepares to travel around the country for head to head meetings four nights a week.

The dairy farmer is vying for the role of deputy president with Nigel Renaghan, Monaghan and Pat Farrell, Kildare. In the run up to the general election the IFA has been noticeably quiet.

“You can really see it. The election has crystalised it because the leadership is gone and the credibility is gone. It is a real issue for us and that needs to be brought back,” said Mr Kennedy, who is steeped in the IFA.

As well as being a national dairy chairman he is a former county chairman and ran for president in 2009. Since then he has taken a step back but when asked his opinion on the pay scandal last November he said he was “ashamed” but not to “throw the baby out with the bath water”.

“I am backing up what I said,” said Mr Kennedy.