Radio and rugby in Limerick shaped a youthful Wogan 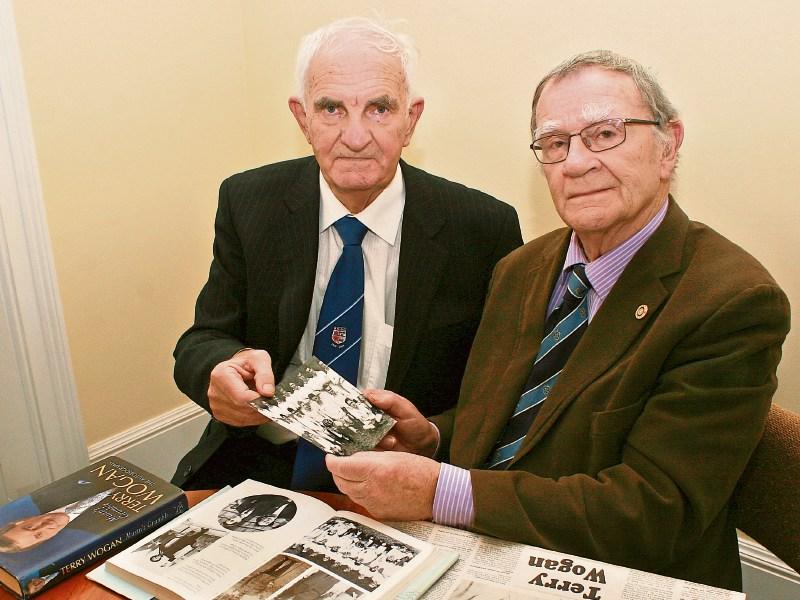 IN his book Is It Me? Terry Wogan wrote that, growing up in the “lower middle-class environs of Elm Park” it was the radio that “saved my life – no, it made my life”.

With no car or telephone, the radio became Terry’s “window on the world, my magic carpet to another place”.

“It influenced my thoughts, my speech, my attitudes, my sense of humour,” he wrote.

That the Limerickman would go on to become the most listened to broadcaster in Europe – with eight million daily listeners – was far from his upbringing on the Ennis Road, yet, while his contemporaries were listening to Irish radio, he gravitated toward shows on BBC and became “a right little West Brit”.

It was a formative period. He was educated first at the Salesians, with the nearby Cleeve’s Toffee Factory filling “the air with the very scent of heaven” and then at the Crescent College, where his antipathy towards the Jesuits would turn from fear to “a certain amount of respect, and even a grudging affection”.

“The Jesuit Fathers who took charge of me were no Mary Popppins, but glimmerings of humanity occasionally broke through their aesthetic severity.”

In a second book, 2006’s Mustn’t Grumble, he wrote: “Ah, rugby. I played the game from the time I was eight when I moved to the gentle ministrations of the holy Jesuit Fathers at Crescent College. Crescent was a famous rugby school in Limerick, the very heartland, the soul, of Irish rugby.

"Everybody in Limerick who could raise a fist played rugby. Limerick was more like a Welsh town, where the only class that mattered was what you showed on the rugby field.”

This exact passage was quoted by current Crescent College Past Pupils’ Union president Gerry MacNamara at a reunion dinner last November, reciting Wogan’s words in and around the time that, unbeknownst to the world, Sir Terry was likely receiving news of the illness that would take his life in just a short period.

Mr MacNamara said that he quoted Wogan’s words “partly as a celebration of the rugby in the early days (at Crescent). It was the rugby, but also that a lot of the Jesuits are gone and he encapsulated a lot of them that we would have remembered. The fact that, in 2006, he actually put that in, was significant. He would always reference his days in Crescent.”

Don Reddan, father of Irish rugby international Eoin, played rugby with Terry at Crescent along with Jim Sexton and others, as part of the junior team of 1953-54.

“He used to play rugby in the second row but he was very awkward - he was a good Junior Cup player. I was younger than him. He was a good rugby player, not a great player, but he enjoyed it,” said Don.

Mr Reddan last met Wogan in 2012 when he was in town to receive a Lifetime Achievement honour at the Person of the Year awards.

“He rang and I went down to meet him – sure he was the same as he always was. He was always in great form, full of life and full of fun. We chatted for a good while, just about Limerick and everything else.

“He was a great character, always very approachable. He never lost track of himself or got too high and mighty. He was a very nice fella, very popular – all the lads in town knew him and they were all very fond of him. He did Limerick and Ireland proud.”