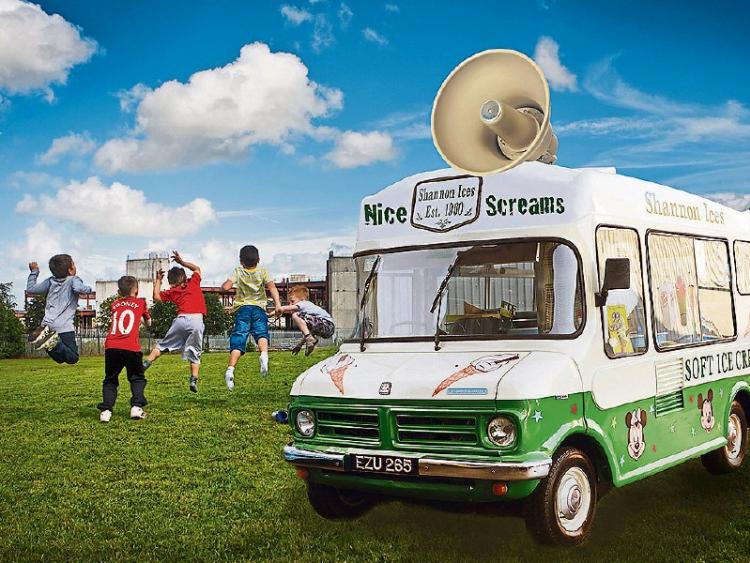 A TRIO of Limerick artists are seeking the public’s help in creating a new ‘citizens' anthem’, which they intend to re-imagine as an ice cream van jingle for Eva International, which opens in April.

The trio, Deirdre Power, Sean Taylor and Mikael Fernstrom, will present the Nice Screams project as part of the biennial, the pre-eminent exhibition of visual art in the country.

The project is among those by 57 international artists selected by curator Koyo Kouoh for the 37th edition of Eva, titled Still (the) Barbarians, which opens on April 16 at the City Gallery, Cleeve’s Factory and other locations.

Nice Screams, a “socially engaged, collaborative project” by Power and Softday – Taylor and Fernstrom, who convert data into music – has at its heart a competition, with a €200 prize, for the public to create a citizen’s anthem “celebrating Ireland of 2016”.

The idea emerged from one Power - who has seen her work appear in a number of iterations of Eva - had for an ‘ideas choir’. Taking Ms Kouoh’s specific brief for the exhibition, which uses the post-colonial condition of Ireland as a jumping off point, coinciding as it does with the centenary of the Easter Rising, Power approached Softday about the project.

The notion of the contentious national anthem emerged from their research, discovering as they did that the Dublin Evening Mail had run a competition to find an anthem in 1924, but that all of the submissions were deemed unsuitable by the judging panel, which included WB Yeats.

“We are not really questioning the anthem, we are more questioning the idea of who decides what it is. I think the premise of the prize is interesting - a simple one, open to the public, with a prize, so we are mimicking or appropriating that idea in a contemporary setting,” explained Deirdre.

“I suppose it was questioning that idea of who decides on what represents what is Irish or nationalism. (This) is just a very fun, light hearted approach to making art.”

Submissions of music or lyrics can be made in printed form or online, and Taylor and Fernstrom will convert them into music and finally, in assocation with Shannon Ices, who have provided the ice cream trucks, a jingle will emerge.

“We are looking for something that is original and novel. We are also looking for a melody that is catchy,” explained Sean, co-programme leader of the MA in Social Pratice and the Creative Environment in LSAD.

“There has always been a controversy around the anthem. Given that it is the centenary of 1916 and we are looking at everything to do with our national identity, the question we are posing is, who owns an anthem, what is an anthem, what is it supposed to represent? We are drawing - cheekily - an analogy between the anthem and my personal favourite, which is the ice cream van chime. Because you could be in the middle of Amhran na Bhfiann and if an ice cream truck went past playing O Sole Mio - you’d be off. And the kids would be off. We are playing with that to address the more serious issues of the lyrics of our national anthem and how relevant they are.

“We are hoping the project will really kick start some conversations around what constitutes an anthem, what it is supposed to be about.

The end result will be a public performance of the music, utilising the ice cream trucks, with free ‘tricolour ice cream’ in cones, wrapped in the submitted lyrics. Entries can be dropped into the Limerick Leader, or see www.softday.ie/nicescreams.

The various projects were selected through an open call for proposals and Eva will run until July 17. Ms Kouoh, from Cameroon, a founding artistic director of RAW Material Company, a centre for art in Dakar, told the Leader recently that her hope was that the biennial “activates the city, very much, in a sense that the people of Limerick take ownership of that event and that they feel reflected in the exhibition - in that they consider it their own and participate”.