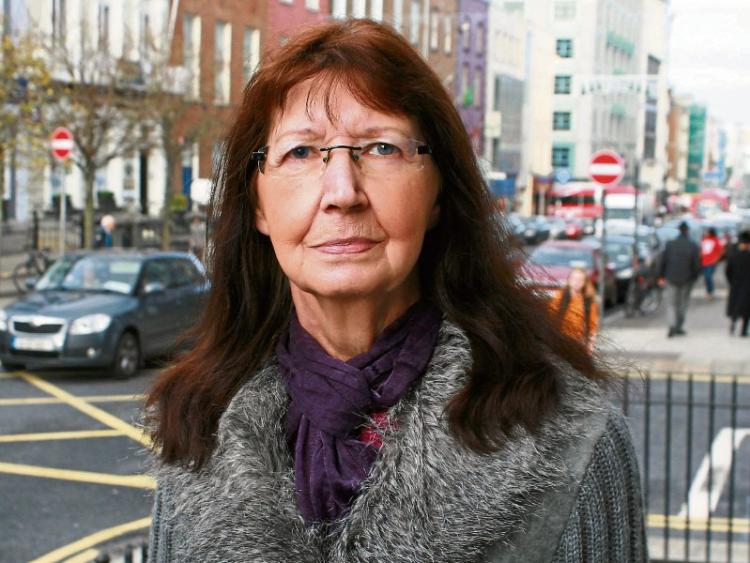 Mary Milburn, 61, of Patrickswell, wrote an open letter to the Limerick Leader about her 'hell hole' experience in 5B, which lasted for two weeks

THE HSE has “unreservedly” apologised to a woman who complained about her “nightmare” experience in the acute psychiatric unit — 5B — at the University Hospital Limerick, in late 2015.

Patrickswell woman, Mary Milburn, aged 61, wrote to the Limerick Leader on November 30, criticising the hospital services in Dooradoyle, and compared the experience to “a concentration camp”.

The HSE was contacted about Ms Milburn’s complaints on December 1, and an investigation was subsequently launched.

Ms Milburn and her husband Sam met with HSE officials on December 21, where she discussed 45 complaints arising from her two-week treatment at 5B.

According to a letter addressed to Ms Milburn, on January 14, by a senior HSE Mid-West Mental Health Service official, management met on January 4 and 6 to discuss her complaints.

“At both meetings, those present acknowledged that your experiences were not what we wanted or expected for our service users,” the letter read.

The letter to Ms Milburn concluded: “Your experience has generated not only learning for acute psychiatric unit, Limerick but also our wider service. Thank you for that. Once again, I apologise to you unreservedly for your experiences and thank you for your openness and bringing these to our attention.”

According to her open letter, she “suffered terrible verbal abuse” from other patients, and said that when she complained to the staff, they told her “you have to put up with that sort of thing in here”.

“Patients urinate anywhere, they spit and they vomit. The language is unreal from both male and female patients,” she wrote.

She stated in the letter — extracts of which were first published in the Leader on December 2 — that patients had nothing to do but walk the hallways, between 10.30am and 6.30pm, as they were locked out of their bedrooms.

“There was no window to look out of. I used to ask the people coming in, what was the weather like outside. The lack of daylight is the worst thing for a person suffering from depression. We got no counselling, there were no activities, and the TV did not work properly,” she said.

She said that they were not treated like patients because of their mental illness.

“We should be shown the same respect as any other person with any other illness. Yes, I suffer from a mental health illness but I am still a human being.”

In the letter, the HSE stated that they will use her feedback as a “learning tool for staff.

“We have also decided to ensure better communication of our complaints policy to service users  but most especially patients in Unit 5B. Also as advised at our meeting the segregation of patients in the unit will be better managed now that the redevelopment project is completed in Unit 5B.

“It is anticipated that the utilisation of the totality of the unit will commence in Feb/Mar 2016. This will enable access to the outdoor garden space available throughout the Unit. This will address another of the concerns raised by you in your feedback.”

Speaking this week, Ms Milburn said that she was “delighted” with the outcome and “wants to put some closure to it.

“Most people said, ‘Oh you will get nowhere, you’re wasting your time’, as well as the good comments. They said ‘No-one is going to listen to you,’ but obviously someone has, so I am very pleased. And it has actually aided my recovery, to get an outcome like that,” said Mrs Milburn, who was first admitted after suffering a brain injury.

The Patrickswell native said that when she left the meeting with the officials, she was “feeling very positive”.

She said that she wishes more people would speak out over similar problems within the health service.

“It’s very difficult, because I didn’t want to go broadcasting that I was in 5B. I didn’t do it for myself. But I felt so disturbed by what I endured while I was there. I felt so strong about it. I felt I had to do it. If I have done some little small thing to help others, it has given me great gratification for having the courage to speak out,” she said.

She added thats feels “very confident”, and is considering writing a book.