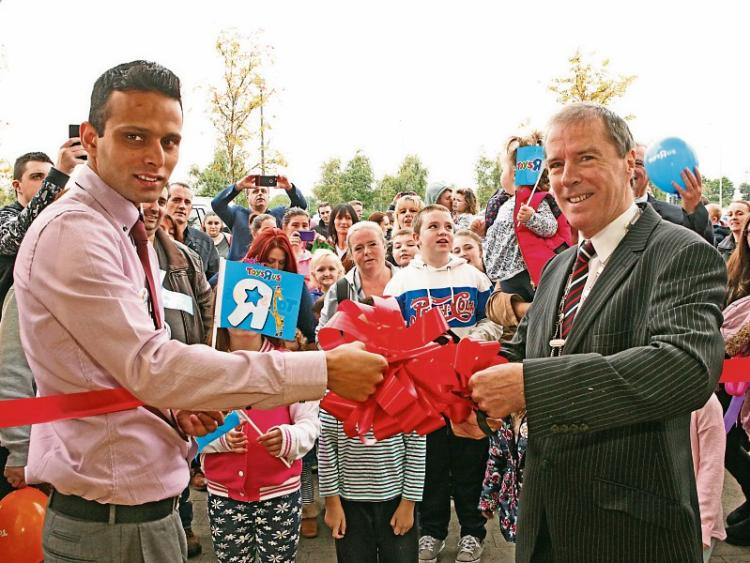 Store manager Zawad Akhtar and Cllr Gerald Mitchell at the opening of Toys 'R' Us in Parkway Retail Park in October. The store has since closed Picture: Dave Gaynor

TOY retailer ‘Toys R Us’ has closed its store in the Parkway Retail Park, in a move which will see 11 jobs lost.

The retailer only opened in Limerick in September, with the USA-based business at the time saying ten further openings were in the pipeline.

As it happened, however, only stores here and in Blanchardstown, Dublin, materialised.

Michael McAteer of Grant Thornton has been appointed as receiver to the business by the British entity which franchised the operation here, and is a creditor of the Irish company.

In a statement, Toys R Us stated: “After careful consideration, Toys R Us and the local franchisee in Ireland have decided to end their licence agreement that began last summer. As a result, the franchisee closed its two licensed stores in Dublin and Limerick on February 1”.

As a new entrant to the Irish market, it is understood that Toys R Us struggled to compete with longer established stores including Smyth’s Toys, which has stores in Limerick at the Ennis Road and the Childers Road retail park.

Mayor of Limerick Cllr Liam Galvin, who cut the ribbon to open the store, said: “I am disappointed it is closing so soon. Anybody who opens a business does it in  good faith hoping they will be able to survive. Obviously it was not a success and I am disappointed. We don’t go cutting ribbons at businesses for them to close down after six months, and I am sure that was not the intention of the propreitor.”

The mayor said he believes the next government will have to tackle the problem of upward rent reviews.

”We will continue to have businesses closing otherwise,” he said, “Unless this is addressed, we are going to end up with businesses going in for six months, 12 months, and then they will be turfed out on the streets when they realise they cannot pay the huge rents.”

It is not the first store to close in the Parkway Retail Park this year – in recent weeks, PC World’s unit closed down as the brand merged with the nearby Curry’s.

It is not known how many staff – if any – have been affected by this move.