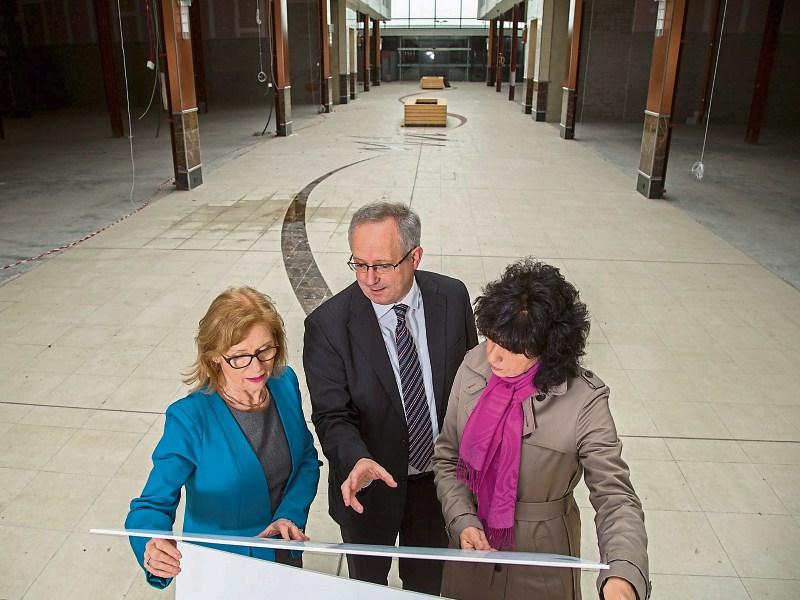 THE first steps towards LIT opening its new campus at Coonagh Cross on the edge of Limerick city have been taken, with the site opened and made ready for fit out.

Education Minister Jan O'Sullivan paid a visit to the building where the campus will be located, beside Tesco Coonagh, and hailed its development as a "change moment for Limerick" which will foster increased innovation and job creation.

Some 134 jobs in construction and 100 new permanent roles will be created after LIT was given the all-clear by the Higher Education Authority to purchase the northside site - once earmarked for a cinema development - for around €3.5m.

The new campus will focus on areas such as precision engineering, and will include the National Precision Engineering Hub, which will provide services to the manufacturing sector. It is hoped its first intake of students will be welcomed next year.

Ms O'Sullivan said: “LIT has demonstrated great vision in its plans for Coonagh, which the Department of Education is supporting by way of significant investment in the purchase of this site. The Coonagh campus will foster innovation and consequent job creation in Limerick and the region, while the provision of new amenities addresses a shortage of facilities on this side of the city."

LIT president Dr Maria Hinfelaar added: "We are now on the cusp of a transformational development process, which will allow LIT to almost double its footprint and future-proof the institute’s role as a catalyst for innovation and investment."

And vice-president of LIT with responsibility for corporate services and capital development, Jimmy Browne said: “This facility will ensure that the region continues to attract the high-value technology jobs that drive the knowledge economy and are critical in the continued development of the Mid-West."