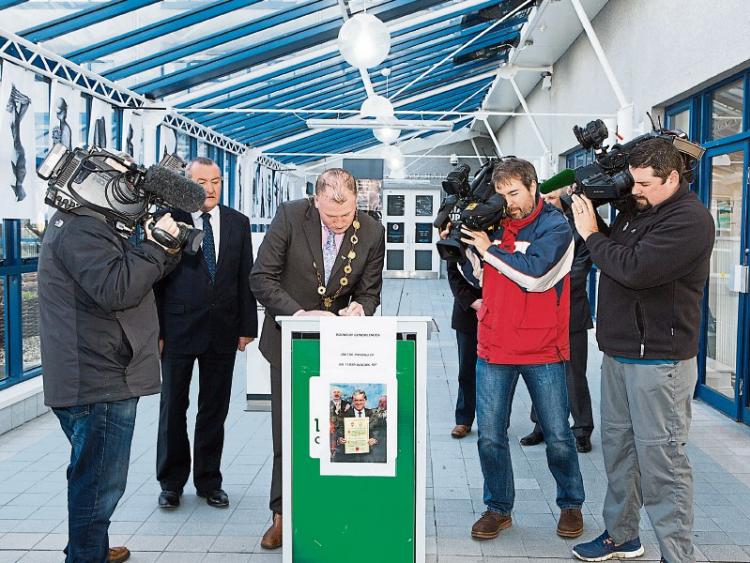 Mayor of Limerick Cllr Liam Galvin signs the book in memory of broadcaster Terry Wogan. Below, Jim McAllister was the first member of the public to do so

FIRST in the queue to sign a book of condolences at Limerick’s City Hall in memory of Terry Wogan this Monday was 78 year old Jim McAllister, who knew the broadcaster “when we were younger”.

The Ballinacurra Weston man said the broadcasting luminary, who died on Sunday, was “a very nice man”.

“I didn’t hear (about his death) until this morning when I heard the news, and I got a shock to be quite honest. Because he was a wonderful person, he was very good,” said Mr McAllister. 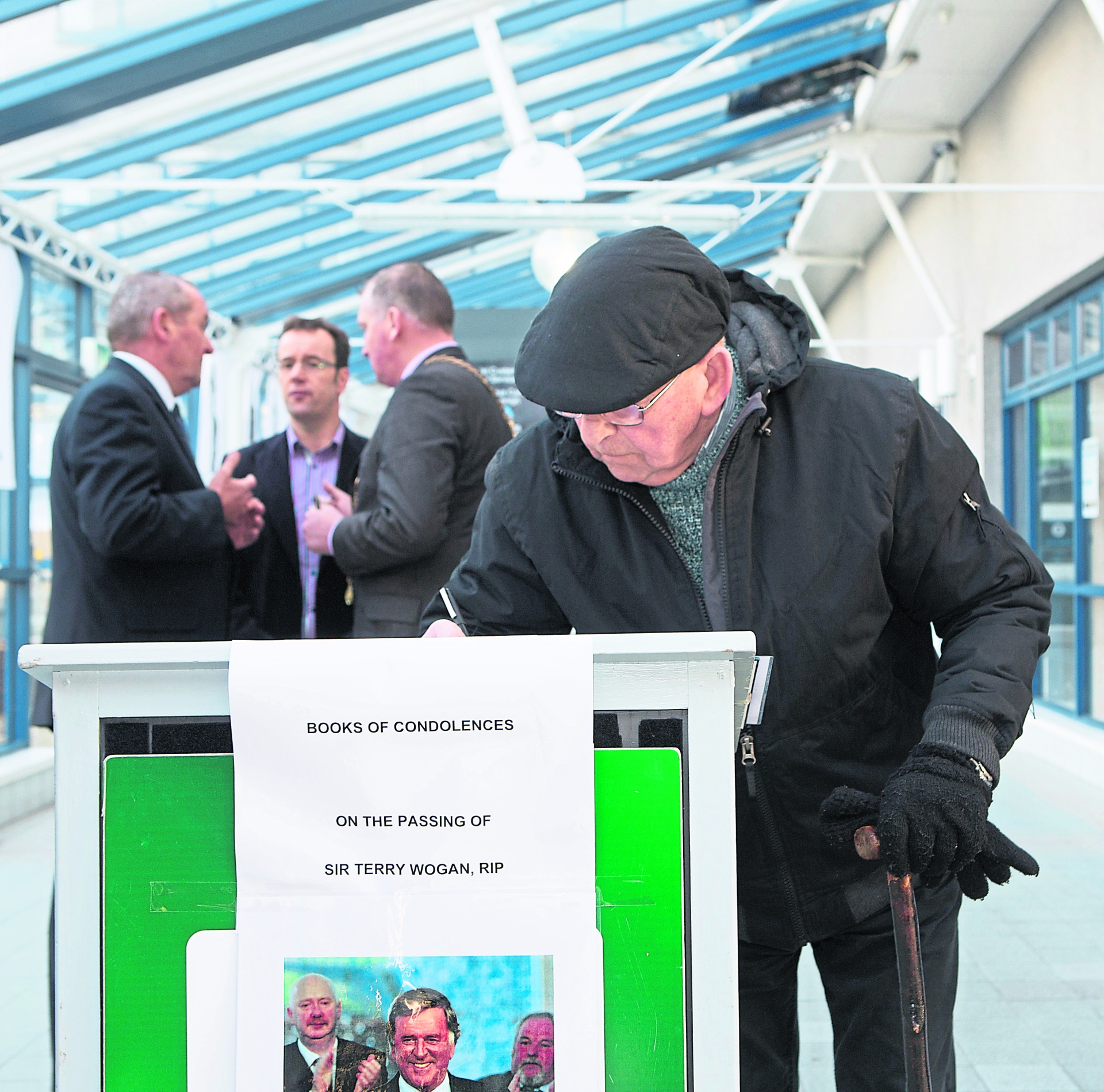 Council officials, led by Mayor of Limerick City and County, Cllr Liam Galvin, were present at 10am to open the book of condolences to Sir Terry at Merchants Quay. A second book is open at County Hall in Dooradoyle and online and will remain so for the next two weeks.

Mayor Galvin said Mr Wogan “meant a lot to the people of Limerick and my phone didn’t stop ringing yesterday - people asking what we were going to do to mark his death.

“So I decided yesterday that we would open the book of condolences this morning and we have also called a special meeting of the council for 9.30am on Friday morning to pass a vote of sympathy for the Wogan family,” he explained.

“Certainly he was a massive asset to the city and I say that in a very positive way, because he spoke of Limerick very positively. He wanted Limerick, not alone to be best city in Ireland, but the best in Europe. I do feel that today, you can see already the way people are coming and going, the respect that that man was held in.”

The Mayor indicated that it was likely that some kind of permanent tribute will be erected to Wogan in the city, a decision which will be discussed at Friday’s special meeting, while he also said he would be going to any funeral service, whether it is held in the UK or closer to home.

“I think the people of Limerick need to be represented at that funeral, both by management and myself. I am not sure of the arrangements yet, but I intend to go it, if circumstances allow me,” he said.

Friends Mary Duffy and Mary Barrett, from Westbury, dropped into City Hall to sign the book in memory of the iconic broadcaster.

Asked why she had attended the event, Ms Barrett said: “Because he is from Limerick first of all and he is one of our own. I always had time for him, he was always good character, good personality - he just done a lot of good for Limerick I think as well, you know. He put Limerick on the map.”