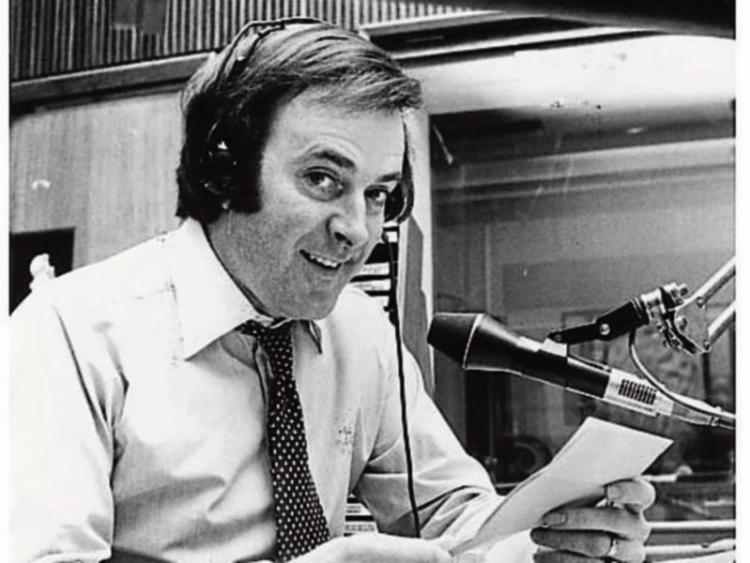 Legendary broadcaster Terry Wogan, who has died after a brief battle with cancer

In a short statement issued on Sunday, his family said the Limerickman had “passed away surrounded by his family”. He was 77.

His family – wife Helen and three children – said: “While we understand he will be missed by many, the family ask that their privacy is respected at this time.”

Sir Terry, as he became when he was knighted in 2005, was, at one point, the most listened to radio broadcaster in Europe, with almost nine million listeners to his BBC show. He had a 50 year career on radio and television and was viewed as a national treasure in his adopted home in the UK.

He passed away in Buckinghamshire. Sir Terry's friend of 40 years – and broadcasting companion – Fr Brian Darcy, had visited him at home on Thursday and said he was glad “Terry got out of his suffering”.

“Yes I was, thankfully, on Thursday I was with him and we said our goodbyes, he was quite ill at that stage and I knew it wasn’t long,” said Fr Darcy.

“The family were awaiting his death on Thursday and knew it wouldn’t be long. Of course when we go and don’t go is not ours to decide so it could have been another week or day, but I am glad that his suffering is over.”

Tributes poured in for the star, including from President of Ireland, Michael D Higgins, who said he was “one of the great figures of broadcasting”.

“His was a distinguished contribution to television and in particular to the medium of radio,” said President Higgins.

“People in Ireland will remember his early career in Irish broadcasting. On his move to Britain his voice became one of the most often quoted, favourite radio voices.

“Always proud of his origins in Limerick, he made many returns to his native country for television and radio projects. His rise to the top of radio listenership in the United Kingdom was a great tribute to his breadth of knowledge and in particular his unique, very personal sense of humour."

Born in Limerick city in 1938, Sir Terry began his broadcasting career with RTÉ before moving to the UK in 1966 where he began working for the BBC. He also commentated on the Eurovision for more than 30 years and was also known for his chat show Wogan and for his role presenting the Children in Need telethon. When the Limerick Leader celebrated its 100th birthday in 1989, he congratulated the paper on his hugely popular TV show.

Following his retirement from full-time broadcasting in 2009, Sir Terry continued to present a two-hour Sunday morning show on BBC Radio 2. He was made a freeman of Limerick in June 2007 and in that same year was also presented with a Special Lifetime Achievement Award at the Limerick Person of the Year awards.

One of his last public appearances in Limerick was in May 2012, when he attended the Mayor’s Ball at the Strand Hotel.

Limerick City and County Council said it intended to open several books of condolence – at its offices in Dooradoyle and Merchants Quay – from 10am this Monday, as well as an online book at www.limerick.ie.

Mayor of Limerick City and County, Cllr Liam Galvin, said the books of condolence would “afford Limerick people at home and abroad the opportunity to convey their sympathies to the family of the late Terry Wogan, a true son of Limerick and a broadcasting institution whose passing will be mourned by millions”.

His school friend at Crescent, solicitor Jim Sexton said “he was always great company and very proud of his Limerick background. He’ll be missed by a lot of of people”.