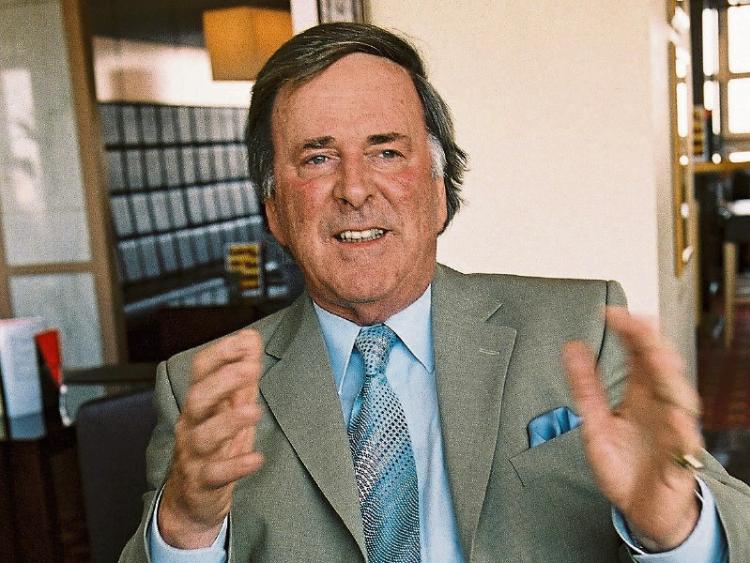 Tributes are being paid to veteran broadcaster, Terry Wogan, who has died following a short battle with cancer.

Born in Limerick city in 1938, Mr Wogan began his broadcasting career with RTÉ before moving to the UK in 1966 where he began working for the BBC.

There is sadness all over Limerick this morning over the death at 77 of Terry Wogan, one of our own pic.twitter.com/OQvoEnCxNQ

We'll pay a special tribute in tomorrow's Leader to the late, great Terry Wogan. He never forgot where he came from - very proud Limerickman

He commentated on the Eurovision for more than 30 years and was also known for his chat show “Wogan” and for his role presenting the “Children in Need” telethon.

Following his retirement from full-time broadcasting in 2009, Terry Wogan, continued to present a two-hour Sunday morning show, on BBC Radio 2.

Mr Wogan, who was granted an honorary knighthood by Queen Elizabeth in 2005, received the freedom of Limerick in 2007.

In the same year, he was presented with a Special Lifetime Achievement Award at the Limerick Person of the Year awards..

One of his last public appearances in Limerick was in May 2012, which he attended the Mayor’s Ball at the Strand Hotel.

Sad to hear of the passing of broadcasting legend Terry Wogan. Loved here in Ireland & by his millions of fans in Britain.

Paying tribute to Mr Wogan, President Michael D Higgins said he was “one of the great figures of broadcasting”.

“His was a distinguished contribution to television and in particular to the medium of radio,” said President Higgins. “People in Ireland will remember his early career in Irish broadcasting. On his move to Britain his voice became one of the most often quoted, favourite radio voices.

“Always proud of his origins in Limerick, he made many returns to his native country for television and radio projects.

His rise to the top of radio listenership in the United Kingdom was a great tribute to his breadth of knowledge and in particular his unique, very personal sense of humour."

RIP Sir Terry. Broadcasting legend. I interviewed him for the @Limerick_Leader back in 2010, and he was a true gent. pic.twitter.com/RY7utEV46H

Limerick City and County Council has said it is to open several books of condolence – at its offices in Dooradoyle and Merchants Quay – from 10am on Monday morning, as well as an online book at www.limerick.ie.

Mayor of Limerick City and County, Cllr Liam Galvin, said the books would “afford Limerick people at home and abroad the opportunity to convey their sympathies to the family of the late Terry Wogan, a true son of Limerick and a broadcasting institution whose passing will be mourned by millions.

“Despite his fame and the fact that he was based in the UK throughout much of his career, Sir Terry often returned home to Limerick and never missed an opportunity on radio or TV to speak about his Limerick roots.

“The Council honoured him with the title of Freeman of Limerick in 2007, which I know was a title that meant very much to him and his family.

"On behalf of the Council and the people of Limerick, I wish to extend my deepest sympathies and condolences to Sir Terry's family," he added.

He made it seem effortless and for a young boy in Ireland he made it seem possible. RIP Sir Terry Wogan. I'll raise a glass during song 9.

1/2 My thoughts are with Terry Wogan's family. Britain has lost a huge talent - someone millions came to feel was their own special friend.

2/2 I grew up listening to him on the radio and watching him on tv. His charm and wit always made me smile.

Terribly sad news about Terry Wogan dying. Hard to quantify what he achieved, not just in broadcasting, but for the Irish in Britain.

"Limerick never left me, whatever it is, my identity is Limerick." - We'll never forget you Terry #terrywogan #RIPTerry