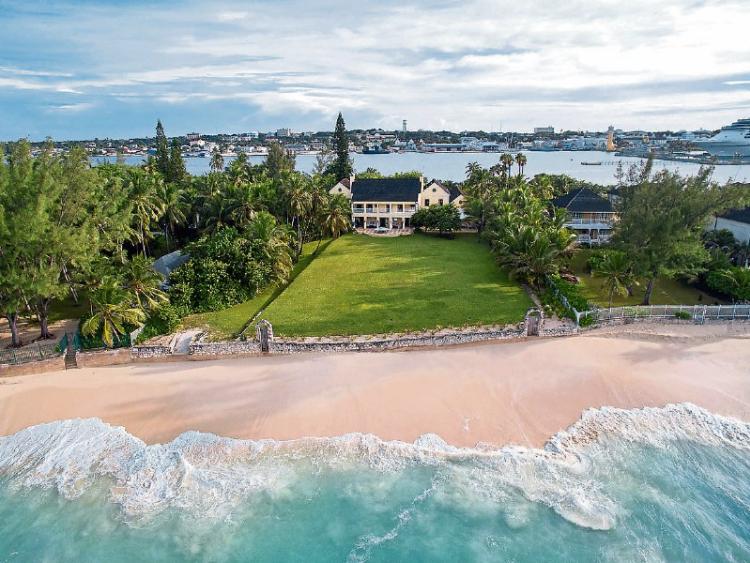 AFTER nearly $10m was knocked off its price-tag, a mansion in the Bahamas once belonging to the legendary Limerick actor Richard Harris is still on the market.

The oceanfront estate on Paradise Island in the Bahamas, described as being home to “lavish parties, outrageous guests, and secrets and scandals,” was named Kilkee House by Harris, in a nod to his many summers spent in the Clare resort.

It was previously listed for sale in 2013 for $19.9m, and after failed to reach the new asking price of $10m at auction recently.

The seven-bedroom, 11,000 sq ft home went up for auction on January 14, but a spokesperson for Concierge Auctions, which is handling the sale, told the Limerick Leader that while they had a number of registered bidders, the highest bid did not meet the reserve,

The agents for some of the most exclusive real estate in the US said that it remains available for offers.

The property was built more than 70 years ago by Huntington Hartford II, who dreamed of transforming it into a hideaway for the wealthy. Harris bought it in 1971, and his ashes were also scattered on the island. Although he owned real estate throughout the world during his life, he sold every other property and kept his Paradise Island home until his passing.

Continuing the tradition of his predecessor, entertaining was serious business with Frank Sinatra, Clark Gable, Errol Flynn, the Beatles, Peter O’Toole and Pierce Brosnan among the visitors.

The actor Rupert Everett also includes Kilkee House in his juicy Hollywood memoir. The property includes a stone bridge over a winding rock grotto pool, 60m of waterfront on the harbour, a private dock to take in mega-yachts, a dining room that seats 18, a guesthouse, waterfall and gym.