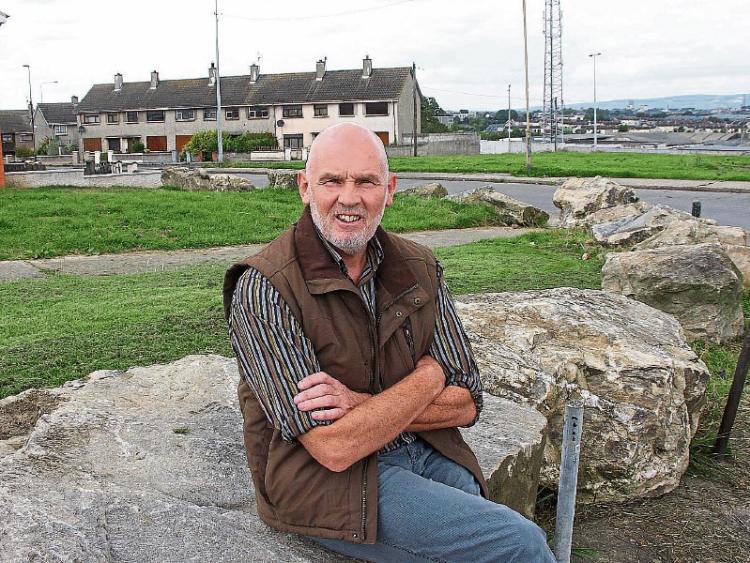 Fr Pat Hogan, who has served his last day of parish priest of Southill

AFTER nine-and-a-half years as parish priest of Southill, Fr Pat Hogan is looking forward to a new chapter in his religious life.

Last Wednesday was Fr Hogan’s last day officiating in the parish. He intends on taking some time off before continuing his work in the city’s regeneration areas.

“I’ve had some deeply enriching experiences. I have met some of the most wonderful people living in Southill. We have also gone through some terribly, terribly difficult times but the great thing is we are not in the headlines anymore for any murders or anything like that,” said Fr Hogan.

He was speaking on Thursday morning from Dublin Airport as he prepared to depart on a charity trip to Calcutta with a group of 14 from Limerick, Cork and Longford.

Following the two week trip, Fr Hogan intends on taking some time off before departing for Calcutta again, with another group of younger people from  Moyross and Southill.

“They will experience Calcutta for a while and it will be an educational programme for them. They are going to come back some time mid-April and I will come back a couple of weeks after that.”

While he said he was immensely enriched by his time in the parish of Southill, “I’ve been there nine-and-a-half years and that has been very full on so I just want to sit back for a little while.

“I certainly would like to be working with regeneration areas again as a priest.”

Fr Hogan  will remain in his house in O’Malley Park. Reflecting on his time in the parish he said the strategy of “shrinking the communities” has had a “devastating effect” on areas.

He said at the moment the people of Southill are “in limbo land”.

“ Hopefully next year they plan to begin the building of 80 houses. That will take a lot of management and we don’t want the forces that destroyed the past to destroy the new.

“The capacity for those forces are still there,” he stressed. “I think there are signs of hope but they are not seen on the ground yet. I think there is goodwill in the council to do something to get Limerick right and I would like to see that.”