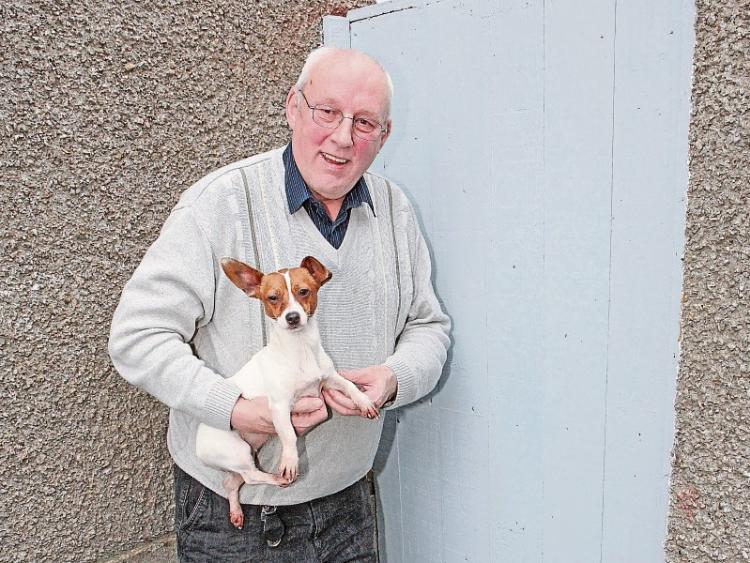 Back home: Martie is reunited with owner Mike Hourigan in Janesboro

GARDAI may not have been following a definite ‘lead’, but the case of a missing Limerick puppy has been solved after she handed herself into a local garda station.

Martie, a plucky Jack Russell pup, was missing from her home in Janesboro for two days when she walked into Henry Street garda station.

“She actually walked in herself - came in through the coded door, through one of the guard's legs,” explained Garda Mags O’Brien, who was on duty at the time.

“She made it all the way down to Henry Street. She was shaken, obviously. I don’t know how she made it down because she is tiny. I apprehended her when she came in the door.”

Even though she was taken down to the cells, there was no ‘ruff’ justice for Martie who was treated to some grub and even enjoyed a long lunchtime nap.

Later in the day, Garda O’Brien took Martie to O’Dwyer’s veterinary clinic on Henry Street for a check-up.

“It was very funny to see her wandering around the public office. She was fed and watered and went for a sleep up in the cells,” said Garda O’Brien.

“Because she was chipped I got the contact details at the veterinary clinic and we dropped her home straight away. I’ve never seen people to be so happy in their lives,” she added.

Owner Mike Hourigan was over the moon when he saw Martie outside his home on Thursday evening.

“She had been missing for two days. I searched every place for her – all around Janesboro and Kennedy Park. We even walked out Childers Road looking for her,” he explained.

“She’s a bit of a devil,” he added of the one-year-old pup. “She dug her way out under the timber gate. She’s a real pet.”

Martie, who is a cherished companion of Mike and his wife Mary, was named by their grandson Christopher.

Hugely relieved at her return, the family are able to now have a chuckle at her ‘prison break’.

“We are getting slagged over it,” Mike smiled. “She has a criminal record to her name now!”