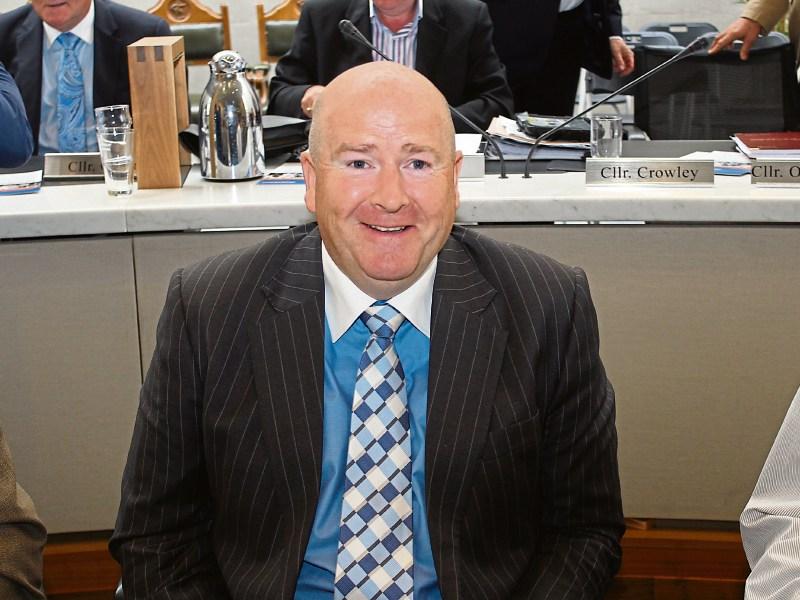 FORMER detective, Fianna Fail councillor Sean Lynch, has been elected as deputy mayor of the metropolitan district of Limerick, following the resignation of Shane Clifford in late December.

His Fianna Fail colleague stepped down due to ‘personal reasons’ and at the time he ruled out ever going back into politics again.

"Unfortunately it has proved impossible to combine my responsibilities as a husband and father of three young children, a full-time job and the council," Mr Clifford said at the time.

Speaking at a council meeting this week, his fellow councillors “wished him well” and said the factors behind his resignation “is a discussion for another day”. Fianna Fail’s James Collins proposed councillor Sean Lynch to fill the seat, which was seconded by councillor Michael Hourigan.

Cllr Lynch, who is now retired from An Garda Siochana after leading many high profile investigations, including the murder of innocent Garryowen rugby player Shane Geoghegan, thanked his colleagues for this “vote of confidence” and said it is “an honour and a privilege” to become deputy mayor.

“Shane Clifford was a very valuable member of the council and he will be a big loss to ourselves. His loss would be the equivalent to the Kilkenny hurling team losing TJ Reid,” he stated.

“I’m delighted. It’s great to get a vote of confidence from all my fellow councillors. It’s a great year to be deputy mayor in our centenary year.  Mayor O’Dea is going to have a very busy year, and I’m sure I’ll be deputising for him on some occasions.”

The metropolitan mayor of Limerick, Jerry O’Dea, echoed the sentiments of his colleagues.

Sinn Fein’s Maurice Quinlivan quipped: “I think he was the most progressive one of ye”, which received much laughter.

Cllr Frankie Daly said Mr Clifford was a “man of integrity”, with a brave character, who went against the grain on many occasions. “I admired that about him,” he added.

Speaking to the Leader in December last, Mr Clifford said: “My decision has nothing to do with party politics. I am resigning my seat on the council for personal reasons, it is as simple as that. This is something I have been weighing up for quite a while.”

“The time commitment that is required from the council is a huge amount more than I thought, and I had done my research - with dad being involved I had a fair insight."