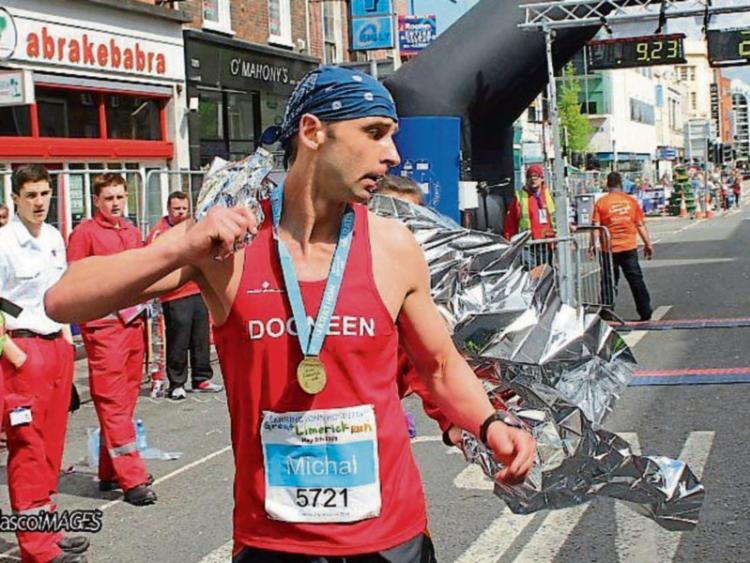 LIMERICK has paid its last respects to murdered Polish athlete Michal Rejmer, as more than 300 people attended a special Mass in his memory.

While the remains of Mr Rejmer – who was found dead in his back garden – will be repatriated to his native land, hundreds of people gave the popular marathon runner a heartfelt send-off at St Michael’s Church, Denmark Street.

Below the altar lay a pair of Michal’s running shoes, a collage a pictures showing the amateur athlete in action, plus some of the many medals he won through his life, and two of his running jerseys. Marking his work life, his McDonald’s cap also lay atop the numerous floral tributes.

”His life was marked by tragedy from an early age, from the death of his father, and the subsequent tragedy of his mother’s death. When he arrived to this land, this country, he came literally as an orphan among us. .While here, be became in a sense adopted. Many of you from the Polish community – his work colleagues in McDonalds and those he knew from Dooneen Athletic Club, and the wider running community – there is a sense in which you all played your part in making him feel he had a family,” he said.

The priest concluded: “May you continue to run that great race in the sky, where we know you will take the podium, because in our eyes you are gold.”

One of Michal’s work colleagues, Peter Losowski, said: “Our restaurant in Castletroy will never be the same again. We have been blessed to have him work with us the last nine years. He was loved by everyone.”