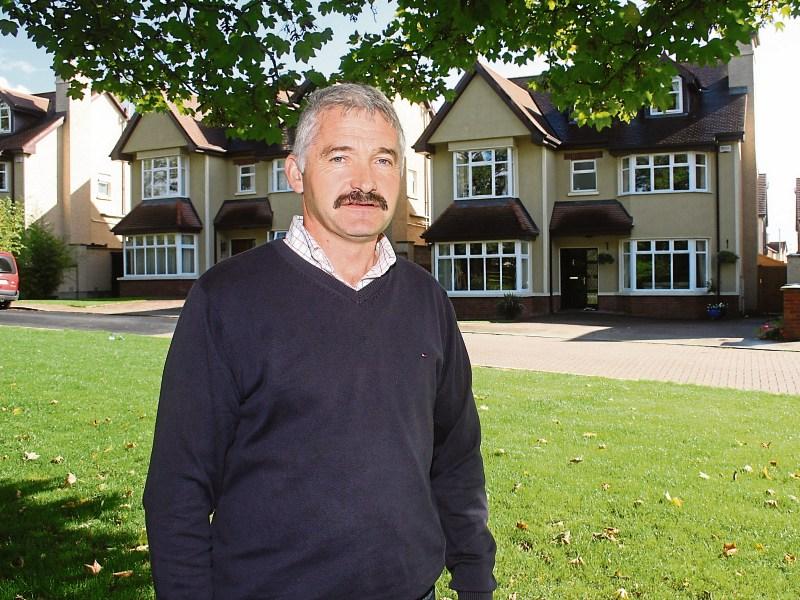 Developer Joe Ryan outside the Kylemore estate in Castletroy

AS OVER 160 people fought to keep their homes in the latest repossessions hearings in Limerick, another 146 property transactions went through the books in December.

The latest sales entered in the national Property Price Register show that house sales in Limerick city and county were worth over €14m in the last month of the year.

That figure excludes Kilmoyle on the North Circular Road, which has passed through the register for a second time in two years, and is believed to have changed hands within the McManus family. The property was sold on from ​London based developer Aidan Brooks to a member of JP McManus’s family in 2014. His brother, Gerry McManus, received planning permission late last year for a number of works on the grounds, including an underground car park to house his private car collection. Brooks famously bought the property for €26m in 2007 amid intense bidding.

While figures are still being added to the property price register for recent months, the most up-to-date figures show that there were 1,900 house sales in Limerick last year, up from the 1,626 house sales in 2014.

Meanwhile, the price of the average three-bed semi detached house in Limerick has risen by less than two per cent to €157,000 in the last three months, a nationwide property survey has found.

REA agents in Limerick are predicting that prices will rise a further 10% in 2016, after a 12.14% rise in 2015. “In some housing estates and desirable locations prices have had an average increase by circa five to 10%, but in other areas, prices have remained the same. This also applies to county Limerick,” said Michael O’Connor from REA O’Connor Murphy.

A new phase of developments is being pitched at Kylemore in Castletroy, where four-bed semi-detached houses are for sale for €269,000.